The upcoming monster movie has been described as "a modern-day adventure story that is comedic in tone." 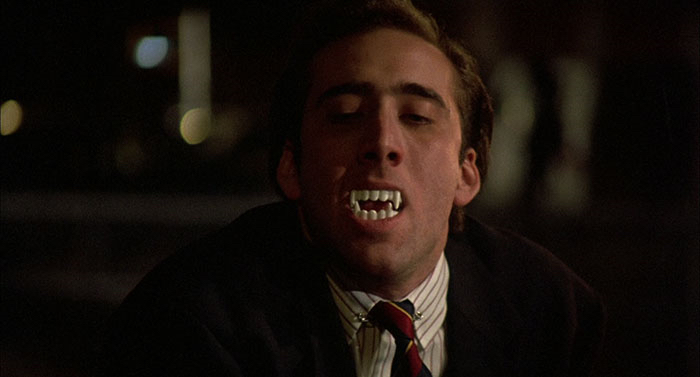 He’s a vampire! He’s a vampire! Nicolas Cage is now set to star as Dracula in what looks to be an essential chapter in Universal’s ongoing horror history. Cage will play the iconic count in Renfield, an upcoming modernization of the studio’s 1931 classic, Dracula.

According to The Hollywood Reporter, “[i]n a deal sealed with a vampire’s kiss, Cage is returning to a big-studio movie and will play the meaty role of Dracula in Universal Pictures’ monster movie Renfield.”

Nicholas Holt will share the screen with Cage as the title character, R.M. Renfield, Dracula’s “infamous acolyte and henchman.” Chris McKay, the director of The Tomorrow War and The Lego Batman Movie, is set to helm the project. McKay further serves as producer, alongside Robert Kirkman, David Alpert, Bryan Furst, and Sean Furst.

In Bram Stoker’s 1897 novel, Dracula, Renfield appears as a patient in an asylum who develops an undying thirst for blood and believes that drinking it will make him immortal. Dracula figuratively feeds into Renfield’s delusion by literally feeding him bugs and rats—promising that by eating them, he’ll be one step closer to eternal life.

It’ll be a while before juicier plot details are disclosed, but for now, we know that it’s described as “a modern-day adventure story that is comedic in tone.” Ryan Ridley, whose credits include Ghosted and Rick and Morty, wrote the screenplay, which is based on an original story outline by Kirkman.

Cage’s revamp of this timeless villain adds to the momentum that Universal has steadily built toward updating its classic monsters in contemporary settings. Just last month, the studio confirmed that its fresh take on Wolfman, starring Ryan Gosling, will be directed by longtime Gosling collaborator Derek Cianfrance.