The face of the 'Evil Dead' franchise shared some new details on why he's "hang[ing] up the chainsaw." 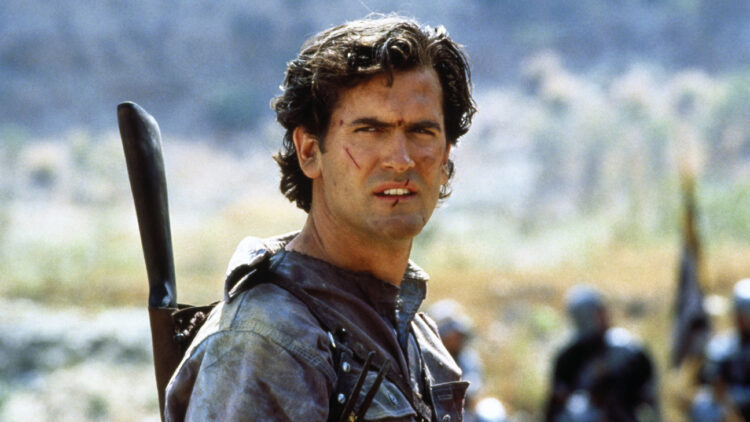 While Bruce Campbell’s presence in the horror scene is strong as ever, he remains certain that when it comes to playing his most beloved role, he’s “got nothing left to give.”

“I’m done playing Ash,” the Evil Dead icon reaffirmed in a new interview with Collider. “Ash is gone. I’ve retired the character because I physically just can’t do him anymore, so why bother? Why do I do it? It’s time to hang up the chainsaw.”

Campbell believes that by moving on from the role of Ash, he frees up the Evil Dead franchise to go in different directions.

“That determines a lot of where we go with the franchise without that character, but there are more stories,” he continues. “We’re doing it book-focused these days. That darn book[, the Necronomicon,] gets around, and that’s how we play it. That book wound up in an urban environment with a single mom, so let’s see what happens. It’s fun to fiddle with it.”

“There’s not gonna be any traditional form of Evil Dead anymore,” Campbell adds. “But we still are filmmakers, we’re still producers, we’re still creative-type dudes, so we were like, ‘How do we keep this going otherwise?’ Sam [Raimi] handpicked Fede Álvarez to do the remake a few years ago. He handpicked Lee Cronin for [Evil Dead Rise]. These are Sam Raimi proteges that we hope will do a good job.”

Will Campbell miss playing Ash? “No,” he declares. “Whatever the cliched phrase is, I left it all on table.” He says that playing the character for three seasons on the Starz series Ash vs Evil Dead took a serious physical toll on him, and he’s at peace leaving that all behind.

“It just was an endless physical struggle,” Campbell explains. “[I sent] emails pleading with various directors that were like, ‘Hey, my knee’s not working right. Be careful about tomorrow. Let’s have the stunt guy nearby. Hey, I can’t run anymore.'”

While he’s happy that Ash vs Evil Dead explored new sides to Ash’s character, Campbell is also relieved that the show didn’t go on for a fourth season.

“I’m really glad we saw Ash’s home, went into his bedroom, met his girlfriends, met his daughter that we never knew he had, and met his father, played by the great Lee Majors,” he says. “I feel we really pushed all the buttons and he fulfilled his destiny written in that ancient book. He was the guy destined to defeat evil in the past, present and future, and he took off with a hot robot chick at the end to go kick in the future. What else do you need? We knew the ratings were bad. We knew, going into the last season, that we had to have an end because we didn’t think Starz was gonna re-up us and we were right. So, thank God we did that.”

Outside of his Evil Dead activity, Campbell recently starred in the horror-comedy Black Friday alongside Devon Sawa. The film, which Sawa described to Dread Central as “the first time I’ve done one of these kinds of movies since Slackers or Idle Hands,” is now playing in theaters and on demand.