The new horror-comedy series from Courteney Cox will unleash suburban demons this March. 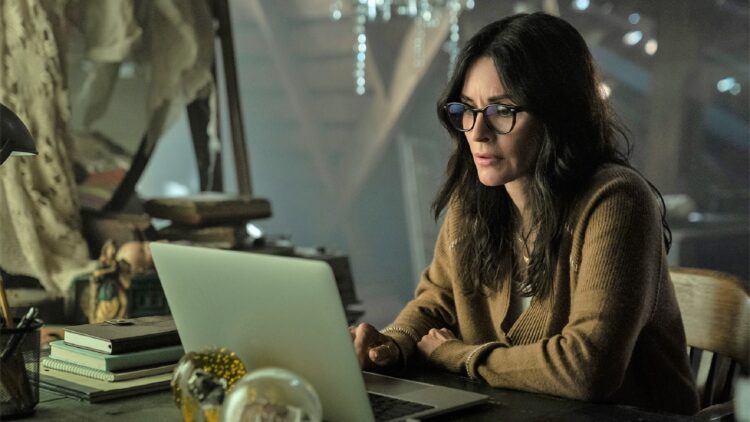 It’s official, Courteney Cox has achieved scream queen status. The Scream star is now set to star in Shining Vale, a horror comedy series from Starz. The new project is officially set to hit screens March 6th at 10PM all over the globe.

Deadline has shared the following synopsis for Shining Vale:

Written by Astrof from a story he wrote with Horgan, Shining Vale is described as part family comedy mixed with an homage to classic horror. It’s about a dysfunctional family that moves from the city to a small town into a house in which terrible atrocities have taken place. But no one seems to notice except for Patricia “Pat” Phelps (Cox), who’s convinced she’s either depressed or possessed – turns out, the symptoms are exactly the same.

In a last-ditch effort to save their marriage, she and Terry cash in all their savings and move the family move from the “crazy” of the city to a large, old house in the suburbs that has a storied past of its own. Everyone has their demons, but for Pat Phelps, they may be real.

Star Courteney Cox also starred in the long-lasting cult favorite comedy series Cougar Town, for which she received countless awards and positive reviews. It’s still too bad about that terrible title. Next up you can catch her in Scream which hits theatres this January.

Check out the ensemble photo here:

Lastly, what do you think about Shining Vale? Will you be tuning in this spring? Let me know on Twitter via @joshkorngut. I’m always avail to chat all things horror tv.