As tensions ran high between the adults who worked on 'The Addams Family,' a young and precocious Ricci helped settle one of its biggest creative conflicts. 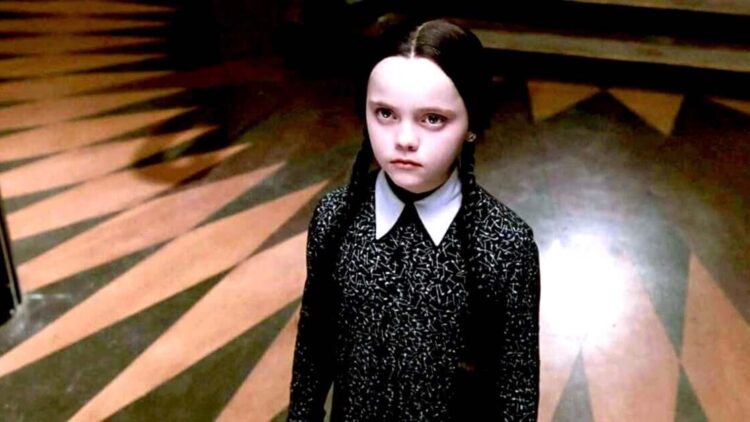 The production of The Addams Family had more than its fair share of dysfunction, from multiple delays during its shoot to a seemingly endless amount of rewrites of its script. Each setback would be resolved by one person or another… but if the actors ever objected to major creative choices, they’d rally behind the leadership of a child.

“Whenever the cast had a problem they would go to Christina Ricci because she was the most articulate and intellectually gifted of any cast member,” director Barry Sonnenfeld reveals in The Hollywood Reporter‘s new oral history on the making of The Addams Family.

Ricci, who was 11 years old when she played Wednesday Addams in The Addams Family, first became the cast’s de facto spokesperson during a tumultuous table read. Initially, the script—written by Caroline Thompson and Larry Wilson—would reveal that Uncle Fester (Christopher Lloyd) was in fact not the real Fester, but an imposter. Ricci and her co-stars were in unanimous agreement that this ending was terrible. The cast huddled up and relayed their concerns to Ricci, who would address them with the crew on their behalf.

“She went on for 10 minutes, explaining why it had to be the real Fester,” Sonnenfeld recalls. “I said, ‘Give us a minute.’ [Producer] Scott [Rudin], [co-writer Paul] Rudnick, and I went into a corner. I said, ‘I think she’s kind of right.’ And Rudnick and Rudin agreed.”

Sonnenfeld adds that Lloyd himself was more indifferent than others about Fester’s character arc. “I asked Chris, ‘Do you care if he is the real Fester or fake Fester?’ He said, ‘Meh. I don’t care,'” he recalls. Still, Ricci’s appeal won the day, and the ending of The Addams Family was rewritten to reflect the cast’s collective will.

Ultimately, The Addams Family—which marked Sonnenfeld’s first directorial effort—saw enough success to lessen the stress of its many creative conflicts. The film was named Best Horror Film of the Year in 1991 by the Horror Hall of Fame, and its unexpectedly strong commercial performance led Paramount Pictures to order a sequel, Addams Family Values, which was released two years later.