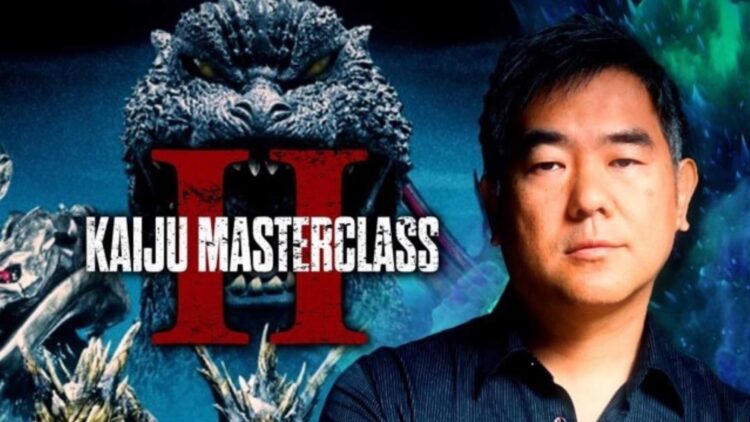 Today is Godzilla day, and Toho International has rolled out a bevy of new merchandise to commemorate Goji’s 67th birthday. But not everybody’s celebrating.

Filmmaker Ryuhei Kitamura’s lone Godzilla film, Godzilla Final Wars, was released 2004 to mark the monster’s 50th anniversary. But in a new interview—shared with Dread Central by the online Japanese sci-fi convention Kaiju Masterclass II—Kitamura says he was so disappointed in how Toho handled the releases of the film that it made him ditch Japan outright to make movies in the U.S.

“When it came out, I was so angry,” Kitamura says. “That was part of the reason, to be honest, that I left Japan. Because I felt like no matter how hard we tried, in the end it’s all about how you PR this movie. Even though we tried to make something very different, I felt they were promoting this movie as like [just another] Godzilla movie. And I knew that’s not gonna work if you do that. I still feel like this movie deserved something much bigger than that. But when it came out in Japan, it was kind of a failure. That was kind of a trigger that, I’m done with the Japanese film industry.”

Kitamura first broke out as a genre filmmaker with his 2000 zombie action feature Versus, which has since become a cult favorite. In 2013, he announced that a sequel to the film, Versus 2, was in the works. The project has yet to move forward, leaving some—including Kitamura himself—to believe that it’s dead in the water. But in this new conversation, he leaves room for fans to dream, and says the only thing holding it back is his insistence on making it the right way.

“I already have the script. It’s just big and insane, and I’m not going to do a watered down version of that,” Kitamura explains. “That means I need to have a much, much bigger movie than the original. When I do it, it’s gonna be [like] Versus: Fury Road; that’s what it is. It opens up with, like, 30 minutes of crazy car action. I’m trying to do an even longer car battle than Mad Max: Fury Road, so obviously you need a lot of money to do that. I’m working on it, so I’m going to do it someday. I just have tons of other projects, so I don’t know when.”

The full interview with Kitamura, conducted by Steve Ryfle and Kyle Byrd, will be streamed beginning at 6 pm PST this Sunday, November 7, via the Kaiju Masterclass YouTube channel. In the wide-ranging conversation, the director also discusses his other notable works of horror and action, including Midnight Meat Train, The Doorman, and No One Lives.