Omar J. Dorsey sits down with Dread Central to unpack his turn as Sheriff Barker in 'Halloween Kills' 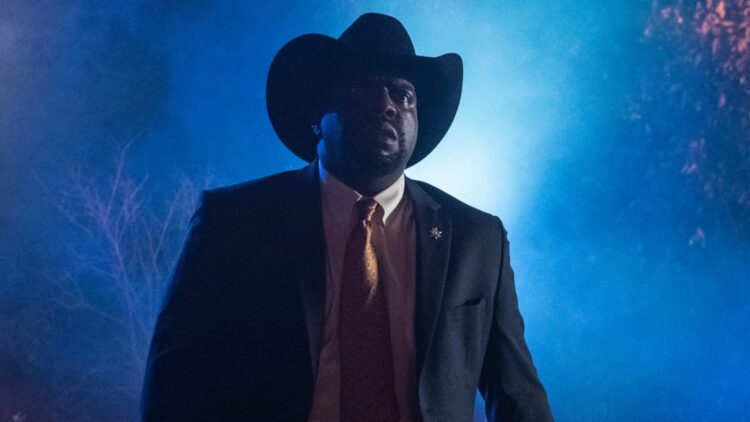 As Halloween Kills draws closer to a Blu-ray release, we sit down with franchise star Omar J. Dorsey to discuss his turn as Sheriff Barker in the new Blumhouse Myers trilogy.

In our video interview, Dorsey shares his experience working with David Gordon Green, Jamie Lee Curtis, and even dishes on his ongoing creative collaborations with Ava DuVernay.

Aside from Halloween and Halloween Kills, you may remember Dorsey from his film roles in Selma, Django Unchained, and The Blind Side. Although he’s perhaps best known for his starring role in Ava DuVernay’s OWN series Queen Sugar.

Check out our video interview with Omar J. Dorsey here:

Not only is Dorsey a famous actor, the creative has also been behind the camera recently to direct Live, a social media-infused thriller starring Vanessa Simmons. When asked if he would ever direct a traditional horror flick, Dorsey was enthusiastic but adamant he would need a reliable editor in order to approach such a tactical genre.

That said, Halloween and Halloween Kills are not the actor’s first foray into the genre. You might remember his turn in the first season of Soul City, a horror anthology series produced by Topic. Each season for the anthology sees the multicultural world of a select American city. It then highlights its Black population through the lens of psychological horror stories. New Orleans was the debut city for the series in 2020.

Halloween Kills has already earned a stunning $120 million against a $20 million budget in only a few weeks. This is especially impressive since the Blumhouse sequel was released onto the streaming platform Peacock on its day of release.

On the go? You can also listen to our interview with Omar via Development Hell on the DREAD Podcast Network.

Check it out here:

Lastly, what did you think of Halloween Kills?  Let us know in the comments below or on Facebook, Twitter, or Instagram! Dread Central is now on Google News!