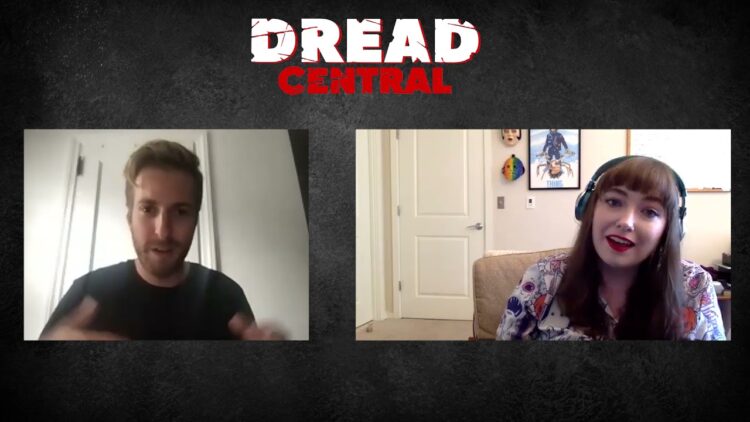 When you find out your shooting location has a sex dungeon, you change your script to incorporate that new location. At least that was the case for Val director Aaron Fradkin.

Also Watch: ‘Val’s Misha Reeves Explains How ‘Scream’ Inspired Her To Be An Actor

In Dread Central’s interview with the director, he spoke about location scouting and trying to find the perfect house. Then, they found it, located in Ojai. And in that house, they found a little surprise: a sex dungeon. The titular Val is a sex worker, so it seemed like a match made in heaven. So they went to the script, did some rewrites, and made sure to incorporate the hidden gem.

Watch the interview with Fradkin:

Fin is a criminal on the run, wanted for the murder of his boss and the accidental shooting of an officer. He breaks into the home of a high-class escort, only to discover that you get more than you bargain for with VAL, short for “Valefar” – a demon who offers to make all his problems disappear if he agrees to follow her rules. But in Val’s world there are no accidents, and as Fin meets her other “customers”, he learns that Val was expecting him all along, and it isn’t easy to escape Val’s dungeon.

This is Fradkin’s third feature, which he co-wrote with Victoria Fratz. They previously collaborated on their 2018 film Electric Love.

Val is currently streaming on VOD and comes to Blu-ray on November 2.