Jason Blum Loves the Idea of a Blumhouse-Backed Sequel to ‘Halloween III: Season of the Witch’ 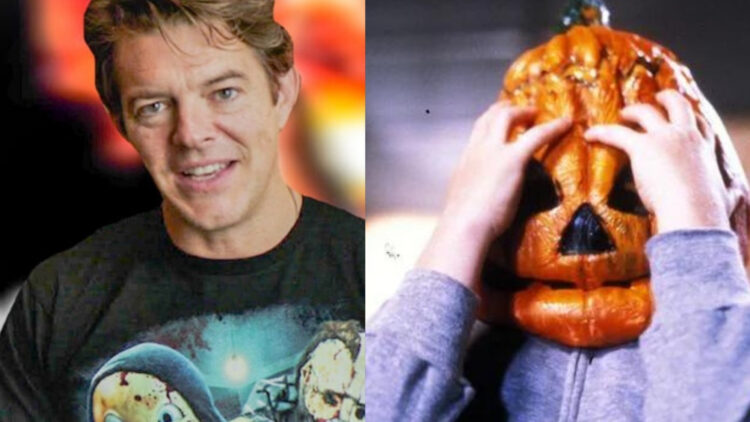 When producers John Carpenter and Debra Hill first approved Halloween III: Season of the Witch, they did so under the condition that it would not be a continuation of Michael Myers’ story. The film—centered around a nefarious novelty company that makes killer Halloween masks for the masses—was intended to transform the Halloween series into an annual showcase of Samhain-themed features with entirely new stories.

The experiment was bold and the result is one of the most re-watchable slices of spooky season cinema. But its meager financial performance and poor reviews forced the folks who made subsequent Halloween films to revert back to the Myers-driven slasher mold.

Today, however, Halloween III: Season of the Witch rightly enjoys cult status as a standalone film. And since hindsight is 20/20, Blumhouse CEO Jason Blum has now expressed interest in producing a sequel to its story.

According to SCARE Magazine, Blum believes that Halloween III: Season of the Witch is one of the most overlooked installments in the series.

“I’d love to work on that,” he said in an interview with SCARE, when asked if he thought Tommy Lee Wallace’s 1982 gem was worth expanding upon. “I have ideas for that… things we’d like to do[,] ideas where we’d take it. I’d love to do something with Season of the Witch, for sure.”

Blum added that his focus remains on the Myers-centric sequels that Blumhouse is contractually obligated to deliver. But he confirms that Halloween Kills, the latest entry from director David Gordon Green, includes a small homage to Halloween III: Season of the Witch. (“You can thank David for that,” Blum told SCARE.)

Of course, for now this is just chatter. There are no confirmed reports, or even credible rumors, that Halloween III: Season of the Witch is getting the Blumhouse treatment. In fact, back in July, Blum told Collider that a sequel to the film would be “too hard,” and seemed to shoot down the possibility of it coming to fruition.

Still, it’s nice to hear that Blum has enough love and respect for this wonderfully weird little film to seriously consider a continuation of its events. If the project’s in the hands of the right creative team, I wouldn’t mind getting a closer look inside the Silver Shamrock factory.

Are you a fan of Halloween III: Season of the Witch? Do you want to see its universe expanded, or should it be left alone? Let us know in the comments below or on Facebook, Twitter, or Instagram. Dread Central is now on Google News.