Agatha All Along: New ‘WandaVision’ Spin-Off Series Is Now Happening At Disney+ 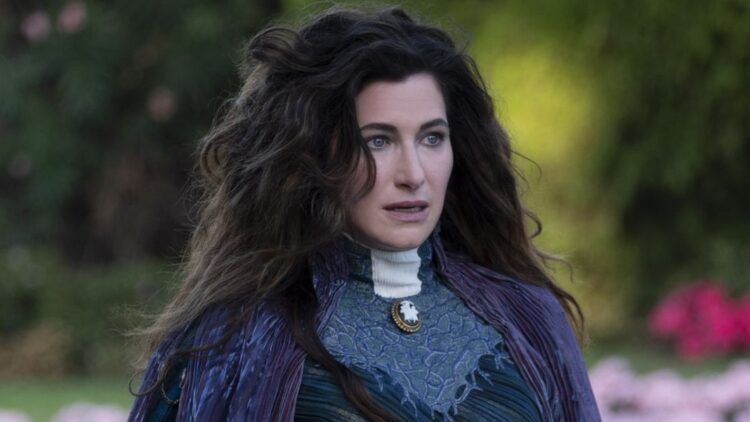 Agatha is being played once again by the fantastic Kathryn Hahn. While we still don’t know much about the project, word has it the new series is being described as a dark-comedy.

Original WandaVision visionary/head writer Jac Schaeffer is now tapped to reprise her creative roles on this new series. Schaeffer recently signed an impressive overall deal with 20th Century TV last May, which would make this spin-off her first official project as master of ceremonies. We honestly cannot wait to see what she’s cooking up in that Disney+ cauldron.

Last year’s WandaVision had Hahn portray a charismatic, busybody neighbour by the name of Agatha. Twist, she turned out to be one of the most powerful witches of all goddamn time. Agatha’s backstory made for some of the most interesting storylines for the entire series, including her participation in the Salem Witch Trials. Turns out even Agatha was no real match for the Scarlet Witch (fair) and the season leaves her left out to try in her own personal hellscape. Pretty dark stuff, Disney+, like damn.

WandaVision was an unprecedented critical and commercial success, eventually earning 23 Emmy nominations for the infant streamer. Hahn herself was nominated for Best Supporting Actress in a limited series. Subsequently, an expected win for the show was for the song Agatha All Along, a musical number that unveiled Agatha as the series antagonist.

Next up for Hahn is Rian Johnson’s Knives Out 2 and the Apple+ series The Shink Next Door.

Lastly, what do you think about this upcoming spin-off series? Are you as into WandaVision and Kathryn Hahn as I am? Let me know on Twitter via @joshkorngut. I’m always game to talk anything witchy.