Delusion Has Returned, and It’s the Hottest Immersive Horror Ticket in Town 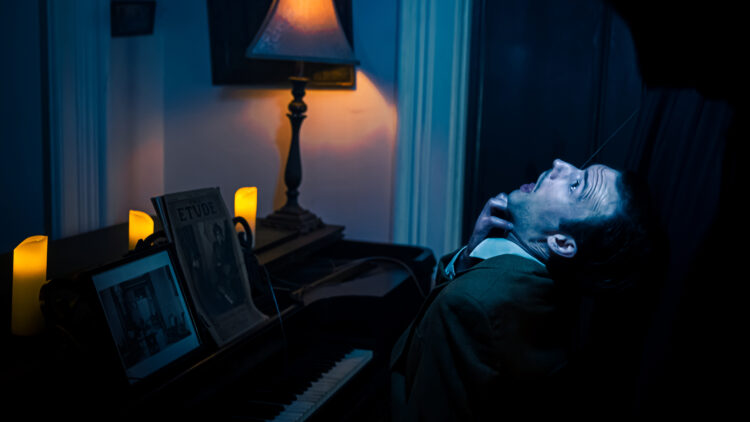 Here at Dread Central, we love Los Angeles haunts. From Halloween Horror Nights to Knott’s Scary Farm, horror and Halloween fans have historically had a plethora of top-notch seasonal attractions to choose from in the greater LA area. Many of them are opening this year after a COVID pause, including one of the more intimate and interactive: Delusion. And having attended this past Friday, we can excitedly say, it’s the hottest horror ticket in town.

Film and theatre director, action coordinator and Disney Imagineering consultant Jon Braver created Delusion in 2011 as a passion project. Since then, it’s blazed its own unique path and delivered seven sold-out seasons over the course of a decade. During its run, the haunt has taken place in various mansions (and a church) in and around LA. Now, for 2021, Delusion possesses the historic Phillips Mansion in Pomona, CA, for its latest iteration, Reaper’s Revenge.

A delightfully dilapidated mansion built in 1875, it proves itself to be a structure entirely synergistic to Braver’s latest tale of the macabre. The haunt’s conceit revolves around a rare invitation received by you (the guest) to an exclusive party hosted by the reclusive Esther Phillips, a widowed collector of the occult.

Given Delusion’s open-world environment, the experience begins the moment one arrives.

As we arrived at the imposing mansion and awaited curtain call, we were directed to explore the interior. Delusion’s story began to unfold as we navigated the fog-filled staircase to the second floor. (This is accessible to VIP ticket holders only). It starts with a trip into Esther’s macabre personal collection. Then, we met her deceased husband, a marvelously committed actor who issued dire warnings, as well as directions to the cellar beneath. What it contains we won’t spoil.

Excitement was building and finally, our showtime was at hand. Our group gathered into a darkly lit waiting room on the first floor. Momentarily greeted by our host, Esther herself, she toasted us, and then presented to us the newest addition to her collection, a macabre supernatural sculpture seemingly too powerful for her to control, to assist us in our journey into the unknown.

To reveal more would be a disservice, as Delusion: Reaper’s Revenge possesses entirely awe-inspiring theatrical and narrative reveals, delivered in a truly cinematic style. Complex lighting, audio design, stunt work, projections, practical effects, wirework and performances all conspire to make guests active members of the roaming, eerie play, as well as to deliver an experience unlike any other in Los Angeles.

Have you ever wanted to star in your own supernatural film? If so, then don’t miss Delusion: Reaper’s Revenge.

Delusion: “Reaper’s Revenge” runs on select nights thru November 21, 2021. Check out the trailer below, and for more info and to get your tickets before they sell out (and they will) head on over to their official website at www.enterdelusion.com.