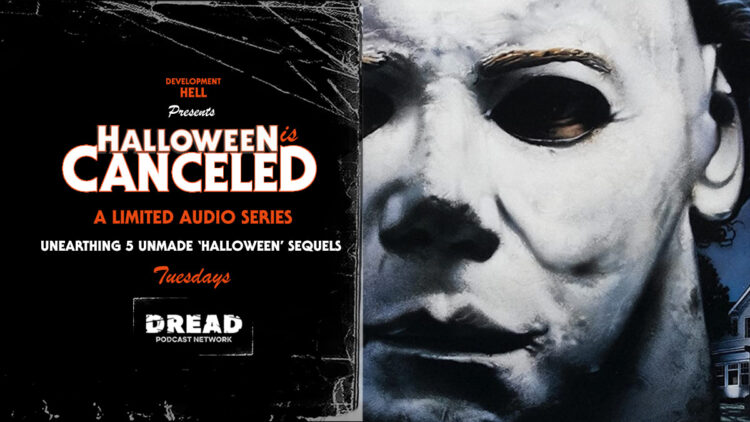 Horror fans have a ton to look forward to this October, but possibly the most exciting release coming our way is Halloween Kills. The brutal new Myers film is the highly anticipated follow-up to Blumhouse’s 2018 reboot. To celebrate all things October, Halloween, and Michael Myers, Dread Central is launching a new limited audio series titled Halloween is Canceled! This new podcast will unpack and dissect five unmade Halloween sequels.

From Halloween: Asylum to the bizarrely titled Halloween 3000 and everything inbetween. This new series will get to the bottom of what happened to all of the Halloween films we never got to see. Don’t pretend like you’re not curious…

New episodes land every Tuesday from now until Halloween, but that’s not all! There will also be exciting bonus content, including interviews with cast members of the Halloween series.

If you’re a fan of all things Michael Myers, then do yourself a favor and subscribe. This exciting new audio series is only available from the Dread Podcast Network.

So, what are you waiting for? Get into the Halloween Kills spirit and subscribe to Halloween Is Canceled via Development Hell right here on the DREAD Podcast Network.

Are you excited about Halloween Kills? Will you be tuning into Halloween Is Canceled? Let me know on Twitter via @joshkorngut. I’m always down to talk about all things Michael Myers…