This Is Now The Scariest Movie Of All Time, According To Science

'Sinister' has been dethroned as the scariest movie ever made, says science. Can you guess the new victor? 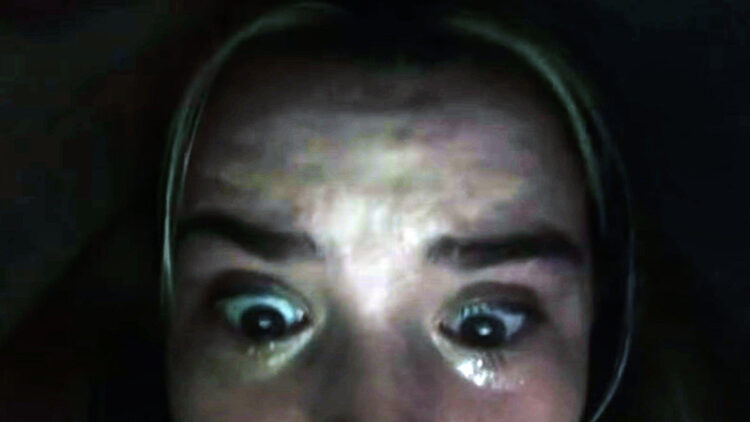 You might recall not so long ago that science declared Sinister as the scariest movie of all time. Well, it’s been a full year and now science has declared a new champion of fear…

It’s tough to argue what is the top of the horror pile and what isn’t. We’ve all got vastly different fears, phobias, and concerns. I personally don’t find religious horror scary and have never been able to get into films such as The Exorcist or The Omen. While so many horror fans I know consider these to be two of the most frightening movies ever made, they do close to nothing for increasing my heartbeat. This could have something to do with the fact that I was raised without religion, rendering the truth behind the themes in this title empty. But for my religious peers, The Exorcist could look a lot like the real world and is, therefore, a whole lot more dangerous.

Alas, science has arrived to ruin the party, as she often does. This summer, The Science of the Scare project lured 250 participants to watch a list of 40 terrifying horror films. The “victims” were then decked out with heart rate monitors and instructed to watch the selected films over a period of weeks. During this time, these big babies were under strict medical supervision. (In case someone needed their hand held, I can only assume.)

As for the results, last year’s tests revealed that Blumhouse title Sinister was the scariest in the pile. It produced the highest results, accumulating an average heart rate of 86bpm throughout the length of the film. That’s a boost of 32% compared to the average resting rate. Jump scares in the mix resulted in a spike of 131bpm. That’s scary.

So, what happened to knock Sinister out of the top spot? According to the results, the stats for the film stayed about the same. Turns out a younger contender busted through the door and dethroned Sinister.

Rob Savage’s Host surprised us all by usurping the top spot, earning a whopping 88bpm. Host, in case anyone forgot, is the freaky found-footage feature that takes place entirely over Zoom.

About the new headliner, researchers noted: “Our audience experienced a 37% uplift in heart rate when watching the movie, from an average of 64bpm, up to 88bpm, with the film’s scariest moment sending hearts pounding to 130bpm (the equivalent of jogging).”

A spokesperson for the study also said: “We found that most of the movies on our list are available widely on streaming services, with our winner Host, being a Shudder exclusive. That means, if you’re feeling especially brave, you can turn the lights off and enjoy some of these heart-pumping movies in the comfort of your own home.”

The big question, here, is: Did science get it right? Is Host somehow the scariest modern American film? Personally, I found the first 30 minutes to be scary as hell. Let me know what you think on Twitter via @joshkorngut. I’m always down to talk about the intersection of horror and science.