Star Nic Cage called it his wildest yet, but for Sono it's another day at the office. 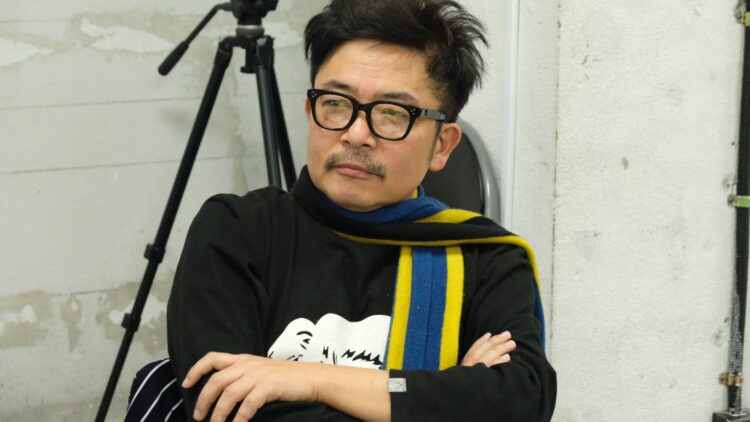 Legendary Japanese director Sion Sono has already established himself as one of the most fascinating directors alive today. He’s made challenging, thought-provoking films like Love Exposure, Antiporno, and Cold Fish. To horror fans, Sono is best known for the gruesome bus sequence in Tag, and his J-horror parody Exte, about haunted hair extensions. (If you’re looking for a great double feature, Exte and Bad Hair should fit the bill.)

With Sono’s new vision Prisoners of the Ghostland, new fans will have the chance to discover his vast body of work. For his first English-language film Sono teamed up with Nicolas Cage and Bill Moseley to form a filmmaking trio for the ages. Seeing Bill Moseley (The Devil’s Rejects, The Texas Chainsaw Massacre 2) going up against the wild energy of Cage is already worth the price of admission.

In the film, Moseley is the leader of Samurai Town known as The Governor. He straps a bomb to Cage’s Hero character and sends him out to the Ghostland territory to rescue his daughter Bernice (Sofia Boutella).

Cage and Moseley had met before on the set or Rob Zombie’s parody trailer Werewolf Women of the S.S. where Nic Cage played Fu Manchu. Meeting in Japan before shooting Prisoners of the Ghostland, Moseley recently recalled what it was like to work with Cage, telling Dread Central:

“He couldn’t have been nicer. The first thing he did to get the cast and crew together was he hosted a Thanksgiving dinner at a really cool Japanese restaurant. Not only did he host the dinner, at one point he asked that we all go around the tables… he asked that each one of us say what we were grateful for. It was really very sweet. There was a geisha dancing at one point, so it was really traditional Japan. That put me at ease, and then working with him was just a lot of fun. He’s into it, and of course, from my career you can tell I’m into it, too. Whatever it is, just make it real and go for it.”

In our interview with Sono, it’s clear that he can’t wait to work with Cage and Moseley again. Through his translator, he tells us: “[I] actually want to work with them soon, like literally sometime this year, or next year, whenever possible.” And speaking of double features, Sono loved the idea of pairing one of his favorite films, Babe, with Ghostland. “Great idea! That’s exactly what I want to try to do.”

Prisoners of the Ghostland opened in theaters, VOD, and on Digital this September 17, 2021, courtesy of RLJE Films.