Brandon Flynn and Drew Starkey have been pinned as two new additions to the cast as production is underway. 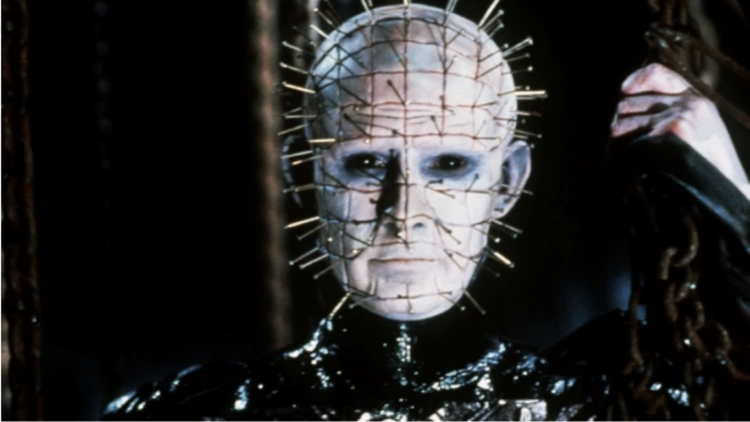 Sources with knowledge of the production tell us that Odessa A’zion, Brandon Flynn, and Drew Starkey are now in Belgrade, Serbia filming the forthcoming reboot of Hellraiser.

Dread Central reported in June that A’zion was cast in the film, which will feature a gender-swapped reinvention of Doug Bradley’s iconic antagonist, Pinhead. Now, Flynn and Starkey have been, er-herm, pinned as two new additions to the cast.

Flynn stars in the Netflix teen drama 13 Reasons Why, and also appears in the psychological thriller series Ratched, which was developed for Netflix by American Horror Story co-creator Ryan Murphy. Starkey stars as Hawkins in several episodes of MTV’s Scream: The TV Series.

Previously, other reports confirmed in April that David Bruckner, director of The Night House and segments of The Signal, V/H/S, and Southbound, is helming the new take on Clive Barker’s classic. The Hellraiser script comes from Ben Collins and Luke Piotrowski. The Night House producer David Goyer wrote the story. Goyer serves as producer on behalf of his studio Phantom Four, alongside Keith Levine.

Bruckner is making Hellraiser exclusively for Hulu. In an interview with SFX, the director said of the project:

“It’s a joy and a dream for a filmmaker like myself to dive into that world. All I’ll say is that we are aiming to be as true as we can to the original material. [Clive Barker’s original story] ‘The Hellbound Heart’ is also a primary source of inspiration, as well as the original film. But then it is something of a small reimagining and we are currently working on it.”

To that end, Bruckner’s allusions to “The Hellbound Heart” make a lot of sense. An adaptation of that story with a gender-swapped lead is consistent with Barker’s source material. In the story, Pinhead is androgynous.

Editors’ Note: This article, first published September 6, 2021, was updated to reflect subsequent reports that confirmed the casting of Pinhead in Hellraiser.