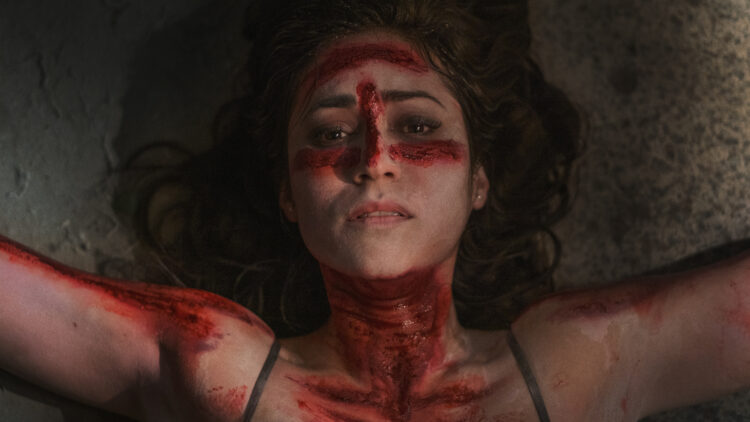 As part of Dread Central’s ongoing virtual panel series “Dissecting Horror,” we are excited to announce a live panel discussion on Wednesday, September 1 at 4 pm PST / 7 pm EST with the creatives behind the possession horror movie The Old Ways, which is available exclusively on Netflix.

Synopsis: Cristina, a journalist of Mexican origin, travels to her ancestral home in Veracruz to investigate a story of sorcery and healing. There, she is kidnapped by a group of locals who claim she’s the devil incarnated.

The Old Ways premiered at the prestigious Sitges Film Festival in 2020 and went on to become a favorite from Chattanooga Film Festival in 2021, as well as winning the award for Best Director at Panic Fest 2021. The film is a beautifully shot slow-burn about possession, addiction, and badass brujas with a spectacular cast and wicked practical effects. Executive producers include Christopher Alender, Scott G. Carr, Marcos Gabriel, and David A. Smith.

“Dissecting Horror” with the creatives behind The Old Ways will be streamed live on Dread Central’s Facebook page and Twitch Channel. The panel is also available on our official YouTube channel.

Brigitte Kali Canales is a Latin-American actress of Mexican, Cuban, and Spanish descent. She grew up in Miami but spent a lot of time in Mexico City. She is known for Fear the Walking Dead (2020-2021) and Star Wars: The Bad Batch (2021).

Have you seen The Old Ways yet? Will you be joining our panel with Christopher Alender, Marcos Gabriel, Brigitte Kali Canales, and Andrea Cortés on Wednesday, September 1 at 4pm PST? Let us know in the comments below or on Facebook, Twitter, or Instagram! You can also carry on the conversation with me personally on Twitter @RedheadfromMars. Dread Central is now on Google News!