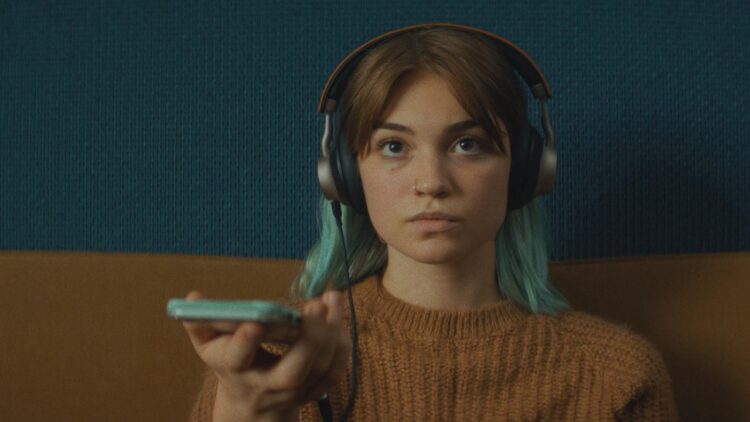 Last year’s edition of the Nordic International Film Festival hosted a screening of Ari Aster’s Midsommar, proudly showcasing its status as a piece of Scandinavian-produced horror.

This year, the fest dips into the dark side with Poser. Noah Dixon and Ori Segev’s feature debut is a contemporary thriller that follows an aspiring musician’s strange obsession with an indie pop star, set in the real-life Columbus, Ohio music scene.

With its arctic tundras, freezing fjords, and pitch-black winters, Nordic films have a tone and pallet that’s instantly recognizable and chillingly unique. Fans of Nordic cinema can celebrate the return of the Nordic International Film Fest, kicking off tomorrow.

With 27 titles, 18 films will premiere during the five days of the festival, running August 25-29. Included in the screenings is full access to Fotografiska New York, and all of the exhibition floors. (See the full line-up for features and shorts here.

Now in its seventh year, NIFF continues to keep a close eye on equality and produces a comprehensive report of women in positions of power behind all of its titles. NIFF is proud that the films in the Official Selection feature 130% more female directors compared to the top 250 grossing films of 2020, (source) and a perfect 50-50 balance between male and female writers was reached.

True to its tone, NIFF’s Official Selection is an edgy and evocative mix of films from all over the world. From Japan to Greenland, 20 nations will be represented, in a thrilling lineup of narratives, documentaries, and a few mockumentaries. All films screen in competition, and compete for prizes from Coverage Ink and Hocus Focus to name a few. As the international travel ban prohibits the international artist from attending, NIFF will showcase personal messages from most of the filmmakers.

Some of this year’s exciting titles include the opening night film Persona Non Grata, directed by Lisa Jespersen and having its New York Premiere at NIFF, and Gabi, Between Ages 8 and 13, a documentary feature directed by Engeli Broberg which will have its North American Premiere Thursday, August 26th, at 8.45 pm. The festival’s closing film is the US thriller Poser [featured image], directed by Noah Dixon and Ori Segev.

The festival will end on August 29th, with an awards ceremony hosted by hip-hop luminary Rebstar, followed by an after-party with DJ Synchro. VI Aquavit will serve specialty cocktails, designed for a Nordic pallet. Actors Jacob A Ware and Christiane Seidel are two of the awards presenters that will attend the event. Mr. Ware is also a permanent part of the NIFF jury, which for 2021 also included Nordic profiles such as Alexandra Therese Keining (director) and Pål Ulvik Rokseth (cinematographer).

Hosting the festival at Fotografiska New York also brings the audience the opportunity to enjoy the exhibitions of artists such as Miles Aldridge, Adrienne Raquel, and Hassan Hassaj. Fotografiska New York doesn’t shy away from provocative content, making it a great match for NIFF’s Official Selection.

The festival’s presenting partner is Volvo Cars, which with its pledge for a greener car industry matches NIFF’s focus on being a climate-conscious festival. For the third year in a row, NIFF carbon compensates through Cool Effect, and keeps its plant-based promise, and focuses on the goal to produce zero non-recyclable waste.

“I have longed to be at the screenings with the audience, and share our incredible films with them in real-time,” says Founder and Creative Director Linnea Larsdotter. “Last year’s drive-in was an experience, but it is here, in the room, where you can feel how the films affect their audience.”

All patrons will need to show proof of vaccination due to COVID-19 protocols.

Will you be attending the Nordic International Film Festival? Let us know in the comments below or on Facebook, Twitter, or Instagram. You can also carry on the convo with me personally on Twitter @josh_millican. Dread Central is now on Google News.