She wonders if audiences "just enjoy watching women scream," and says she wanted to make the film because her character wouldn't run from danger. 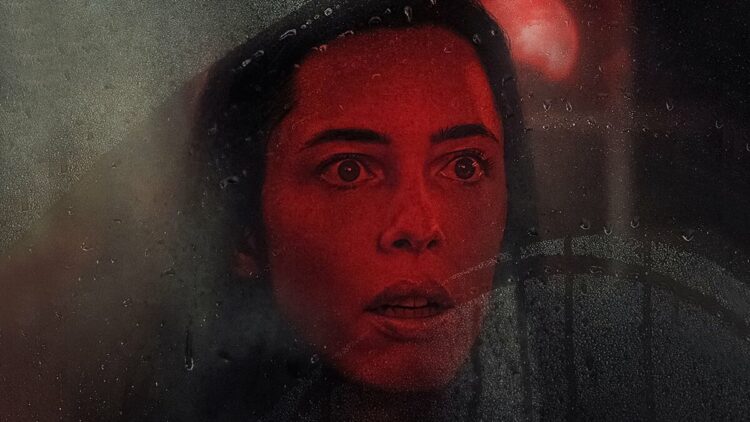 In The Night House, director David Bruckner’s tightly crafted new psychological chiller, Rebecca Hall spends much of her screen time alone. Her character, Beth, is knee-deep in the grieving process not long after the death of her husband, and the only “presence” Hall has to play off of is that of a ghost who may or may not be haunting the lakeside home he built for her.

Hall says that a horror story like this opens up unique creative possibilities for a woman lead.

“The thing that I loved about this one was that it takes existing tropes around horror—seeing a woman as a victim and frightened—and inverts it a little bit,” she explained during a press conference. “Beth isn’t entirely a victim. She has a terrible thing happen to her, but she’s sort of a detective. She’s investigating. She wants to get to the bottom of not just what’s happened to her husband, but what’s going on in her brain and how she’s processing grief.”

Also Read: Enter a Supernatural Nightmare in This Trailer for The Night House

At the same time, Hall is quick to point out that roles of this nature aren’t quite commonplace. When asked why it is that horror has been so rewarding for women for women actors, Hall says, “I suppose it has and it hasn’t. It’s a fine line. Do we just enjoy watching women scream? What is it?”

For Hall, it’s not that Beth’s character is central to the story that empowers her, but how she reacts to her environment.

“She’s quite reckless and she runs toward the danger,” Hall continues. “She doesn’t leave the house because she’s ready to go through anything. She’s standing there saying, ‘Come and get me. I want a ghost. I want to see my husband. I want to know what’s going on. I’m ready for it. I’ll take it.”

A character that fearless, Hall adds, can instill greater fear in the audience. “The inversion of that standard trope makes things intriguing and quite frightening,” she says. “There’s only one thing scarier than a woman being scared in a house: a woman scared in a house who wants to be scared. Because you don’t know what she’s going to do.”