‘Candyman’: Director Nia DaCosta On The Ghosts Of Cabrini-Green

"It’s about the collective experience of trauma and joy, suffering and triumph, and the stories we tell around it." 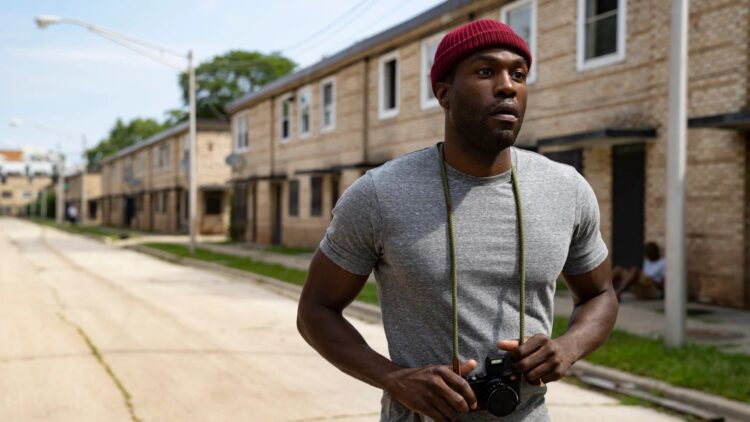 Hauntings can be seen as the emotions we leave imprinted on our environment. In the 1992 story of Candyman, the titular character is slain by a racist crowd, his ashes scattered around the grounds of Cabrini. But the story of the real Cabrini-Green residence holds just as much institutionalized racist brutality. Maybe more.

Candyman director Nia DaCosta sits down with BlackGirlNerds to discuss filming her imminent retelling of a cultural horror touchstone. When asked by BGN journalist Jeandra LeBeauf about the most striking moments of her production journey, Cabrini-Green was one of the first memories which came to DaCosta’s mind.

Also, the director shared the details of her journey through the real Cabrini-Green in Chicago, and the ghosts that reside there.

“Ghosts are metaphors for things that we feel, but aren’t really there,” says DaCosta.

Check out the full video here:

The Cabrini-Green Homes was a real city housing project featured heavily in the 1992’s Candyman. The Chicago Community Housing project included three major structures: the Frances Cabrini Rowhouses, the William Green Homes and the Cabrini Extensions. All three Chicago would eventually house as many as 15,000 people.

These residences were initially marketed as a solution for housing insecurity faced by lower-income families. We now understand municipal indifference for the wellbeing of Black families led to years of complete neglect by city officials. This criminal neglect moulded the three locations into a hostile and unsafe landscape. The collapse of safety and infrastructure was blamed on the residents of Cabrini-Green. But of course, it was the city that purposefully abandoned its citizens to live in unsafe and unclean conditions.

Subsequently, years of crime followed. And the city did little to nothing to help the families of Cabrini-Green. In 2011 the majority of the complex was destroyed to make way for a new gentrified community. While there may be real ghosts haunting the Cabrini-Green grounds, it’s the metaphorical ghosts of a neighbourhood left to die which has left the more prominent shadow on Chicago’s history.

However, from the trailers and promotional materials, it seems certain that Cabrini-Green will be at the very heart of DaCosta’s upcoming Candyman chapter.

Director Nia DaCosta also had this to share about the new film’s release to ET:

“The film is about community and stories–how they shape each other, how they shape us. It’s about the collective experience of trauma and joy, suffering and triumph, and the stories we tell around it.”

Most importantly, Candyman floats his way back into theatres everywhere on August 27.

Will you be checking out the new Candyman later this month? Let me know on Twitter via @joshkorngut. I’m always down to talk about all things horror. Dread Central is now on Google News.