I KNOW WHAT YOU DID LAST SUMMER Series Shares First Images

Check out the slick first photos from James Wan's upcoming series adaptation of I KNOW WHAT YOU DID LAST SUMMER! 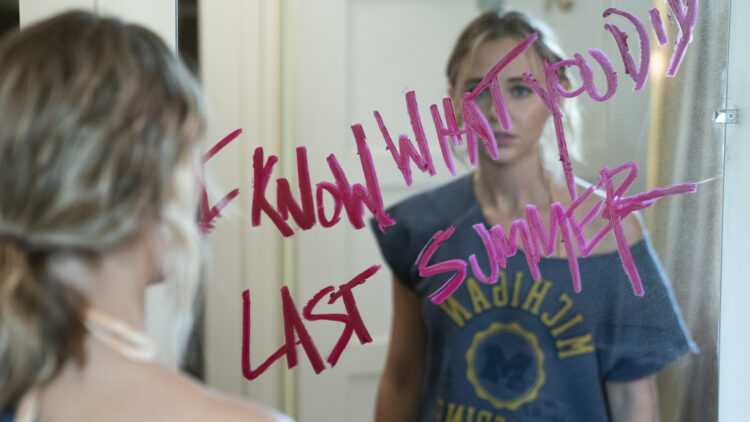 We learned today that the Amazon series I Know What You Did Last Summer will premiere on October 15th!

We also scored the official first-look images. Check them out below…

The eight-episode Amazon Original series will be available exclusively on Prime Video in more than 240 territories and countries around the world and is a co-production with Sony Pictures Television.

The first four episodes will be released on October 15, with new episodes available each subsequent Friday. The series will culminate in a suspenseful, can’t-miss season finale on November 12, 2021.

Written and executive produced by Sara Goodman, I Know What You Did Last Summer is based on Lois Duncan’s 1973 novel, which was also the basis of the iconic 1997 film.

One year after the fatal car accident that haunted their graduation night, a group of teenagers find themselves bound together by a dark secret and stalked by a brutal killer. As they try to piece together who’s after them, they reveal the dark side of their seemingly perfect town—and themselves. Everyone is hiding something, and uncovering the wrong secret could be deadly.

What do you think about the upcoming I Know What You Did Last Summer adaptation? Let me know on Twitter via @joshkorngut. I’m always down to talk about all things horror! Let your voice shine in the comments below or on Facebook, Twitter, or Instagram! Dread Central is now on Google News!