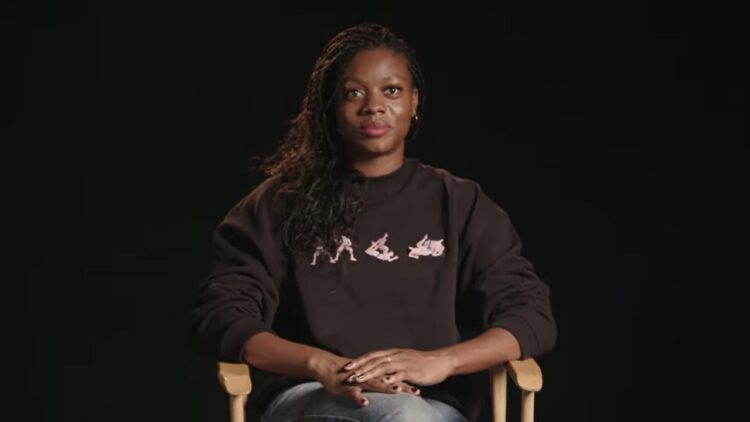 With the highly anticipated release of the new Candyman film on Friday, August 27.

Director and Screenwriter Nia DaCosta discusses the social relevance and timeless message from the urban legend of Candyman, and how it translates to today. The interview is part of a series of videos being released by Bloody Disgusting beginning with yesterday’s conversation with producer and cowriter Jordan Peele.

“The story of Candyman is perennial, and that’s part of the reason why it’s exciting to tell it in any time period. Part of the origin of the story itself, within the context of the first film, in the 1890s to now, what we’re talking about… the cycles of violence, and how history repeats itself, how we collectively grieve, and collectively process trauma, which is through stories. So, I think it’s always a time to tell a story like Candyman, which is kind of the tragedy of the tale in the first place,”

Says DaCosta while discussing the social relevance of the series and how it connects with today’s society. She continues,

“I wanted to show how prevalent, and common, these horrific events are. And how they are… there’s a straight line from Daniel Robitaille to Anthony [McCoy], and all the people in between. So for me it was really necessary to take inspiration from real life, but also not co-opt a story and put it in our narrative. So that was a balance to strike.”

When discussing the humanity of the character and how it translates to today DaCosta added,

“With Candyman… talking about unwilling martyrs… I wanted to make sure that, in the rush to sort of process what happened, and to choose a side, and to create a sense of something horrifying… that we don’t forget the life of the person who was harmed… who was killed. A martyr is a powerful symbol. A monster is a powerful symbol. At the end of the day, if the name isn’t remembered, then what are we really talking about? The name, the person, the life that was lost, that’s most important.In Candyman it’s ‘say his name,’ ‘say his name,’ ‘say his name.’ People say ‘Candyman’ but they don’t say the name of Daniel Robitaille or Anthony McCoy. And so that was commentary on that, and on what’s happening in the movement now, which is so powerful. Which is like, say the name of the person, say Breonna Taylor, say Jacob Blake, which is really powerful and really important, and what I wanted to talk about. He’s not a monster. He’s not a martyr. He’s Daniel Robitaille. He’s a painter who lost his life.”

You can watch the entire interview with Bloody Disgusting on their YouTube channel with the link below.