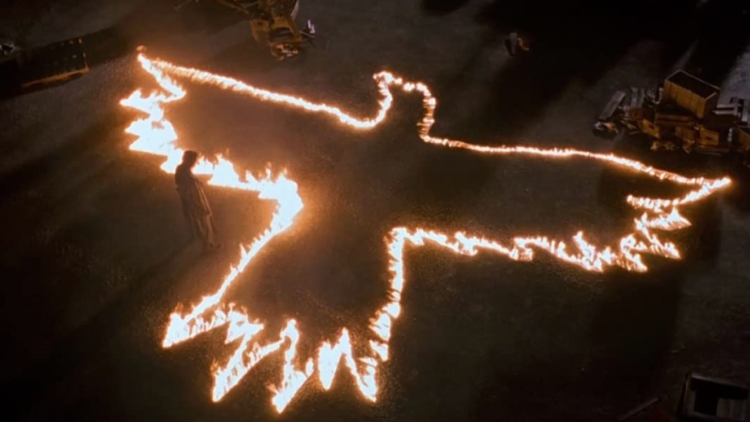 Corin Hardy’s reboot of The Crow has fallen into development hell. For the past several years, the reboot has been announced and shelved so many times, that it’s like the mystical power of the black bird and its soul connection to the protagonists of the previous films.

The reboot of the 1994 cult classic was originally announced in 2008. Since then, several directors and actors have been connected or rumored to be attached to the project. The most recent being Corin Hardy (The Nun) and Jason Mamoa (Aquaman, Game of Thrones) until both exited back in 2018 and the project was again shelved.

Comicbook.com recently interviewed filmmaker Corin Hardy about his involvement in Gangs of London and the subject of The Crow came up.

“It’s a story that I’m just in love with and wedded towards and I put three and a half, four years of life into and love and blood and sweat and tears, and I have a ton of materials, so I don’t know whether one day … I suppose I’m not really wanting to show them because I still believe there will be a Crow sometime, but we’ll see,” Hardy confirmed with ComicBook.com. “I do think both James O’Barr’s original Crow graphic novel and the subsequent other iterations of that character in the comic books, there’s no reason not to do a lot more with that character, the concept of The Crow, the mythology of The Crow, and the tone and what that represents is still unique within the world we’re in at the moment.”

Hardy also revealed that it was because of The Crow, that he was able to be involved with Gangs of London.

“It started a few years ago, I suppose, when I was working on my version of The Crow, [creator] Gareth [Evans] and I had become mutual friends online through mutual, I suppose, admiration of each other’s work and lovers of genre. I think you gravitate together,” Hardy pointed out. “You can know when someone’s a true lover of certain movies that you also feel the same about, and that’s what makes us come together, in a way. I wanted to pick his brains because I thought if I’m gonna do The Crow, we need to really balance a certain level of action and Gareth established himself as a master of that. He asked me about a show he was putting together called ‘Gangs of London,’ if I’d be able to do it, and eventually, I became available and got involved and did what I thought was an episode that became three that became four, and now I’m still making Season 2. It’s become my life, which is unexpected, but I’m getting a thrill out of it.”

Gangs of London is available now on Blu-Ray and DVD.

The future of The Crow, however, remains a mystery.