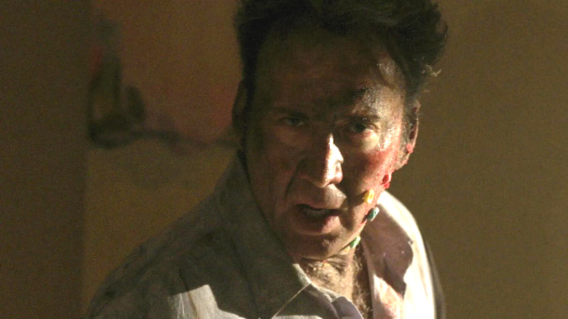 Horror comedy is one of the most difficult horror subgenres to execute effectively. To maintain the balance between the chuckles and the scares is a delicate dance. Both the visceral elements and the laughter must be thoughtfully placed so one aspect doesn’t outshine the other. Additionally, the timing must be strategic so the gags don’t lessen the impact of the scares and the frights don’t impede upon the efficacy of the comedy.

As difficult as it may be to strike the proper balance between levity and the macabre, there are plenty of films that succeed in doing just that. Sadly not every feature that strikes the right balance between horror and comedy is celebrated accordingly. So, I have put together a collection of noteworthy titles that deserve a bit more love.

This frightfully comedic tale sees the misguided Kylie (Morgana O’Reilly) sentenced to house arrest in her childhood home. Kylie’s return finds her recalling precisely why she believed her home was haunted when she was growing up. With nothing to do but stay put, Kylie sets out to learn the truth behind the presence lurking in the domicile where she spent her formative years.

O’Reilly turns in a solid performance as Kylie. Her deadpan wit and piss-poor attitude lead to plenty of comedic exchanges. But the real star of the show is Rima Te Wiata as Kylie’s well-meaning but meddlesome mother. The matriarch is perpetually upbeat and always composed, which results in plenty of awkward, yet hilarious encounters.

In addition to being rather hilarious, Housebound is also unpredictable, spooky, and even touching, at times.

This horror-comedy starts out like a heist flick. We catch up with Ritchie (Stephen Dorff) and his crew as they attempt to liberate an antique artifact from a high-rise building in Moscow. Just as they are ready to make their escape, the thieves become stranded on the 13th floor, where they encounter a deranged killer with ties to the occult.

Botched is as funny as it is brutal. Dorff proves to be a likable lead and his dynamic with his coconspirators leads to plenty of awkward and hilarious exchanges. Given that it was made in the mid-aughts, the film definitely leans into the visceral side of horror. But the comedic overtones offset the viscera, making for a satisfying mixture of gross-out gags and chuckles.

I am not suggesting WolfCop doesn’t have a fanbase. It absolutely does. But I still consider it fairly underrated by the masses. This is a picture that should have broken out and gotten a bit more mainstream love. It brilliantly blends horror tropes with the often-used action movie cliché of a nihilistic, hard-living cop that must spring into action to save the day.

The film works as well as it does thanks to a witty screenplay (by director Lowell Dean). The flick is filled to the brim with ridiculous one-liners. It also serves up a standout performance from Leo Fafard as a police officer-turned-werewolf, Lou Garou. His deadpan delivery and curmudgeonly ways make him an exceptionally unlikely but undeniably lovable protagonist. The laughs are constant and the carnage is off-the-charts. WolfCop is absolutely a horror-comedy whose praises should be sung loud and proud.

I have no earthly idea as to why this movie doesn’t get more love. It features a fantastic cast of characters, including Nic Cage as disgruntled dad, Brent. And the brilliant Selma Blair stars as Brent’s partner and mother to their children. The film personifies the notion that becoming a parent has the potential to crush a person’s dreams and aspirations, forcing us to settle down and put the interests of another human ahead of our own. That’s something that most parents do willingly. But when a televised broadcast transmits a malevolent signal that turns parents into monsters, intent upon killing their children, those repressed feelings take center stage.

Nic Cage gets to go full Nic Cage here. Director Brian Taylor tailors the tone of the film to Cage’s over-the-top performance and the results are superb. I don’t want to spoil any of the inspired dialogue and lessen the impact for anyone that hasn’t seen the film. But suffice to say, Cage has some truly hilarious, f-word-laden dialogue that is likely to have you in stitches.

This horror-infused stoner comedy bombed at the box office in 1999. Perhaps it was ahead of its time? Or maybe it wasn’t marketed to the right audience? It’s tough to say. But whatever the reason, the flick didn’t really find its fanbase until home video. And more than twenty-years later, it deserves far more recognition than it gets.

Devon Sawa is pitch-perfect as perpetual slacker, Anton. In a nod to the Evil Dead franchise, his right hand becomes possessed and begins a reign of terror. Sawa perfectly encapsulates the apathetic nature of ‘90s stoner culture and turns in a winning performance that sees the actor having to overcome his perpetual lack of motivation to save the day and the lives of those he loves.

If you’re keen to chat more about underrated horror cinema, feel free to seek me out on Twitter: @FunWithHorror.