This list includes 'Salem's Lot,' 'Christine,' 'The Talisman,' 'The Long Walk' and more — check it out now! 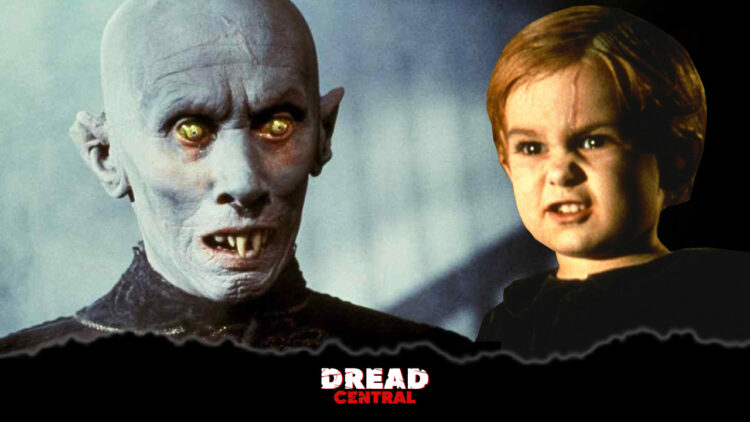 Stephen King, am I right? There’s no one quite like him in the horror game. He’s single-handedly responsible for creating countless novels, short stories, non-fiction and even a few cinematic horror franchises. Sure, some are better than others, but King has still provided us with some of the best works of horror ever produced. With that said, there is usually no lack of Stephen King adaptations in the works at any given moment.

The following list accounts for 10 Stephen King adaptations actually happening. Many of these titles are in production, or at the very least have had official updates made within the last year.

Possibly the most highly anticipated project is Gary Dauberman’s forthcoming ‘Salem’s Lot adaptation with New Line Cinema. This terrifying story about vampires invading a sleepy town was King’s second novel, and the first to reach the #1 spot on the NYT bestsellers list. You’ll remember Dauberman’s handiwork as the writer on all three Annabelle films as well as writing both IT adaptations.

Recent casting announcements for the Lot have stirred interested on the internet. The lead role of Ben Mears has been assigned to Lewis Pullman (Bad Times at the El Royale). The young actor is the son of Hollywood legend Bill Pullman, and is set to star alongside Tom Cruise in the upcoming sequel Top Gun: Maverick. Other cast members include Makenzie Leigh, Bill Camp, and Spencer Treat Clark.

Sydney Lemmon, Zac Efron, Gloria Ruben, and Ryan Kiera Armstrong star in this upcoming Blumhouse adaptation of Stephen King’s fiery 1980 novel. You might remember Ryan Kiera Armstrong from The Tomorrow War and American Horror Story. Armstrong plays Charlie, a role made famous by Drew Barrymore in the 1984 cinematic adaptation of the novel. Blumhouses’ Firestarter is being helmed by Keith Thomas (dir. The Vigil) from a script by Scott Teems (Halloween Kills).

The Institute is one of King’s most recent novel releases. The story involves a group of psychic children who have been kidnapped and are forced to live in a government-funded institution that forces them into painful and dangerous tests. Pure Stephen King fare.

The day the novel was released in 2019 was also when it was announced that David E. Kelley (Big Little Lies) and Jack Bender (Lost) nabbed the rights for a television series. These creatives are also responsible for the well-received TV adaptation of Mr. Mercedes, DirecTV’s Audience Network’s retooling of Stephen King’s popular Bill Hodges Trilogy. Mr. Mercedes ran for three seasons with a fourth seemingly less likely with each passing day.

Arguably one of Stephen King’s scariest stories ever, The Jaunt has been in development limbo for what seems like an eternity, pun intended. A short story published in the Skeleton Crew collection, The Jaunt tells the story of a family in the future preparing to teleport — a common form of long-distance transportation. The story then unveils the pitch dark history of ‘jaunting’.

Originally developed as a film by Andy and Barbara Muschietti, The Jaunt landed in the hands of Plan B. Studio head Brad Pitt was seeing success with genre projects at the time (World War Z), but this version of the adaptation never panned out. As of February 2021 Fear of the Walking Dead co-creator Dave Erickson is adapting The Jaunt into a TV series for MRC Television.

This one gives the saying ‘killer ride’ a whole new meaning. Christine is one of Stephen King’s many murderous car epics, standing tall alongside others like From A Buick 8 and Uncle Otto’s Truck. A 1950’s greaser tale of maniacal mechanical madness, Christine is a story sure to rev your engine. The actual plot concerns a shy teen who buys a 58′ Plymouth Fury with deadly consequences.

While the original John Carpenter adaption is a classic in its own right, we’ve got a brand new vision for the novel en route from Sony and Blumhouse. The newest iteration of the story is coming from horror master Bryan Fuller (TV’s Hannibal) who is reportedly writing and directing. Vincenzo Natali (Cube, In the Tall Grass) joins Blum in producing this upcoming horrorshow.

On the surface, it’s easy for The Girl Who Loved Tom Gordon to appear as a prestigious YA novel. It’s relatively short and features a child protagonist who becomes lost in the woods. Don’t be fooled, this 2001 novel is both terrifying and relentless. One of Stephen King’s full-length only novels featuring a girl lead, this story is one worth treasuring. Survival, fear, family and the monsters that hide in the woods behind all of our homes — this book has it all.

Originally optioned for the other King— George A. Romero — the original adaptation was put on hold when Romero passed away. in 2020 the film was brought back into the spotlight when Lynne Ramsay was announced to be writing and directing the project. This will be Ramsay’s first film since her 2017 bloody Canne Festival darling You Were Never Really Here.

While 2019’s Pet Sematary may have left something to be desired, it was a box-office hit. The new film will act as a prequel to the novel and will focus on the character Jud through his adolescence in Ludlow. The original story follows a young doctor who finds a troublesome homemade cemetery in the woods just beyond his family’s new, rural home.

This prequel will be the directorial debut of filmmaker Lindsey Beer. Beer is also responsible for bringing us the Netflix projects Sierra Burgess Is a Loser and TV series The Magic Order. The script is from Beer and Jeff Buhler. The picture is set to star Pam Grier, Jackson White (Mrs. Fletcher), Forrest Goodluck (The Revenant), Jack Mulhern (Mare of Easttown), Natalie Alyn Lind (The Goldbergs) and Isabella Star LeBlanc.

Ring, ring, bitch. Mr. Harrigan’s Phone is part of last year’s short story collection If It Bleeds. The story concerns a young boy who bonds with a billionaire. When the older man dies, he’s buried with an old iPhone. It’s not long before the boy starts to receive voice mails from the man in the grave. It’s a chilling story about friendship that’ll stick with you for days.

Now Ryan Murphy is finally teaming up with Jason Blum to produce an adaptation of the story for Netflix. The pair have tapped filmmaker John Lee Hancock (The Blind Side) to write and direct. This marks the fourth Stephen King film produced by the streamer, behind Gerald’s Game, 1922, and In The Tall Grass.

An epic of a novel co-written by King and Peter Straub, The Talisman revolves around a young boy named Jack who begins a hero’s journey to find a magical relic that can save his dying mother. Along the way, he learns that the talisman is also capable of saving the entire world. Being a kid can be so hard sometimes. The novel features duelling realities, one just like our own, and one much more dangerous.

The Talisman adaptation has had its own hero’s journey over the past thirty-plus years. Steven Spielberg purchased the film rights to the novel in perpetuity before the book was ever released, and as tried cracking the code for a film since then. Subsequently, as of this year, we’ve learned that the adaption is finally taking shape as a Netflix series from Spielberg and The Duffer Brothers (Stranger Things).

This story tells the tale of a dystopian future where the annual event known as The Long Walk sees 100 teen boys compete to the death. A darker, much more horrifying Hunger Games, The Long Walk forces the young boys to walk at a minimum speed of 4 miles per hour. Anything outside of these parameters and you’re shot dead. The last one standing gets whatever wish they want to be granted for the rest of their lives.

Scary Stories to Tell in the Dark director André Øvredal is set to direct the forthcoming adaptation. James Vanderbilt penned the script and will produce with Bradley Fischer and William Sherak.

While there are countless other Stephen King adaptations in the works to various degrees of legitimacy, we tried to keep this list to the titles we best believed are actually going to be produced. A few titles that didn’t make the list for lack of recent updates include Overlook, Joyland, The Boogeyman, and The Tommyknockers.

Lastly, which Stephen King adaptation are you most excited about? Let me know on Twitter via @joshkorngut. I’m always down to talk about all things horror and Stephen King.