The Changeling is scary. 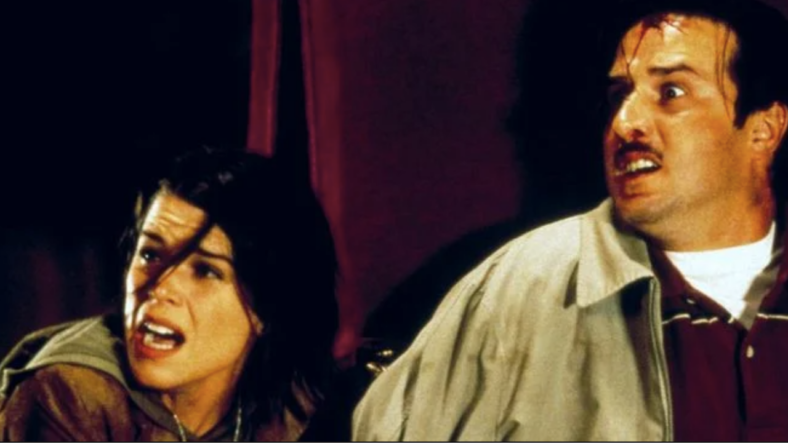 We all remember the first film that terrified us. For me, it was Steven Spielberg’s Jaws. But what scared the stars of Scream, a film that terrified generations of horror fans? We recently sat down with Neve Campbell and David Arquette to ask just that. We also chatted about returning to Scream and working with the new ensemble of young actors.

Arquette also shared that he was a babysitter of sorts on set. He led a paint-by-numbers activity with the cast and even brought a giant tricycle to set. He definitely brought fun to the film and kept spirits up. Neve Campbell laughed and said, “David had lots of playtime with the kids.”

Scream is out now in theaters!