In our interview, he tells us about his out-of-control ode to John Waters and shares his scariest dating app horror stories. 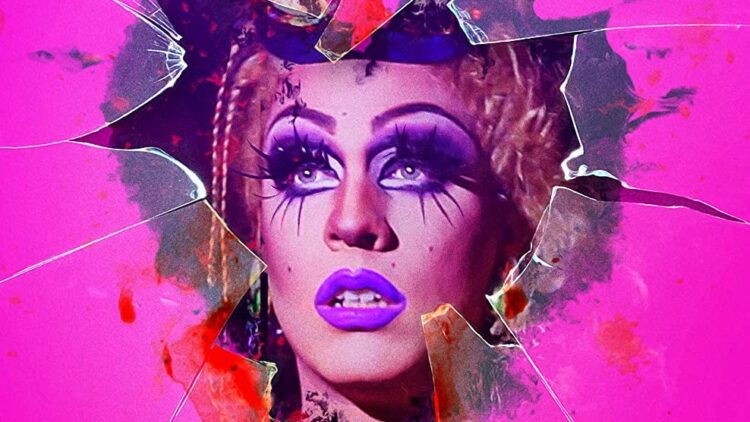 Death Drop Gorgeous is officially released and available on VOD internationally. To celebrate, Dread Central recently sat down with one of the film’s co-creators, Michael J. Ahern. We discuss his queer, gory, and totally out-of-control indie horror gem.

The filmmaker doesn’t only discuss Death Drop Gorgeous, but also his scariest dating app horror stories, creative inspirations, and what’s up next for the entire DDG crew.

Check out the interview:

Death Drop Gorgeous rightfully describes itself as an ode to the wicked work of John Waters, and I am inclined to agree. The title is about a dejected bartender and an ageing drag queen try to survive the eccentric and hostile nightlife of a corrupt city, as a masked maniac slaughters young gay men and drains them of blood… They lure their victims using a gay dating app. Relatable.

Horror fans take notice: There are some of the most disgusting set-pieces you’ll find in modern indie horror. Without giving too much away, let’s just say there’s a glory hole and a meat grinder. And they’re in the same scene.

Michael shares some of his scariest IRL queer experiences, including when a dating app encounter turned unexpectedly bizarre. Scary stuff!

The kiki continues as we get into Michael’s horror inspirations. This criterion queen keeps it classy and shares his love for Guillermo del Toro’s classic Pan’s Labyrinth. Twist, you can cast the poster right behind him.

Asides from best drag names (Mall Santa, anyone?) the filmmaker also shares what he’s up to next… and it sounds scary as hell. Seems like the DDG team are taking their horror a little more straightforward next time and we can’t wait to see what they’re cooking up.