Fall Horror: The 5 Best Movies for The Frightening Season 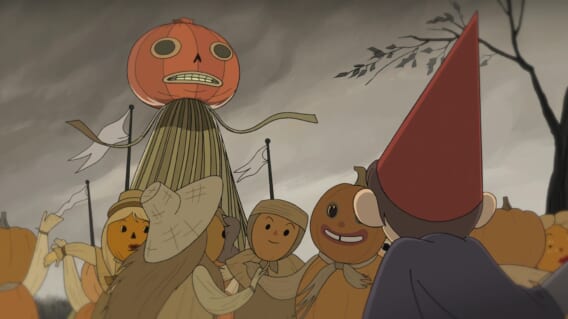 Halloween is special. The leaves and watercolor skies, the chill fall wind, and waning moons in amber woods. There are big sweaters, spices, pumpkin patches, mazes of corn, and, of course, scary movies. In fact, the season is best conceptualized by Ray Bradbury in Something Wicked This Way Comes. In his words:

“For these beings, fall is ever the normal season, the only weather, there be no choice beyond. Where do they come from? The dust. Where do they go? The grave. Does blood stir their veins? No: the night wind. What ticks in their head? The worm. What speaks from their mouth? The toad. What sees from their eye? The snake. What hears with their ear? The abyss between the stars. They sift the human storm for souls, eat flesh of reason, fill tombs with sinners. They frenzy forth….Such are the autumn people.”

Still, painful as it is to say, Halloween is still more than a month out. While there are plenty of distinctly Halloween movies to inaugurate the season, some movies have that distinct Halloween vibe without marking the holiday in any distinct capacity. They’re cozy fall movies, and while some might be set in October, they aren’t simply Halloween films. Here are five movies streaming now that’ll get you into the autumnal, spooky spirit.

Over the Garden Wall

While this entry might be cheating—later reveals have Halloween figure pretty centrally—few pieces of media have conceptualized the spirit of Fall quite as well as Patrick McHale’s Over the Garden Wall. Based on the short film Tome of the Unknown, the 10-episode miniseries follows brothers Wirt (Elijah Wood) and Greg (Collin Dean) after they find themselves inexplicably lost in a dark forest, desperate to find their way home. They travel to towns of pumpkin folk and steamboats full of musical, upscale frogs, all the while evading a nebulous “beast.” Like some of Cartoon Network’s best, Over the Garden Wall gets better with age. The older the audience, the more they’ll appreciate its wickedly sharp. humor, irreverent beats, and wistful encapsulation of fall past. Plus, the “beast” itself, in a final, quick reveal, is more frightening than most anything in the hardest horror out there.

Something Wicked This Way Comes

Watch on: DVD or Rental

One of the OGs of inimitable autumn properties, Jack Clayton’s (of The Innocents fame) adaptation of Ray Bradbury’s Something Wicked This Way Comes is one of the scariest pieces of gateway horror in history. Will Halloway (Vidal Peterson), and Jim Nightshade (Shawn Carson), two sides of the same existentially plagued adolescent coin, are embroiled in a terrifying series of events after an ominous carnival arrives in their small Illinois town. The elusive Mr. Dark (a terrifying Jonathan Pryce) operates the carnival, and soon, Will and Jim are responsible for saving their town from Mr. Dark’s influence. It’s a poignant (and oh, so scary) meditation on aging, lost dreams, and false hope, Something Wicked This Way Comes is abounding with fall vibes, though be warned—these ones hit a little differently.

In truth, either Stuart Rosenberg’s original or Andrew Douglas’ 2005 remake work here. With some of the most dangerous fall vibes there are, The Amityville Horror follows the Lutz family and their infamous (possibly true, depending on who you ask) experience in a haunted New York home. Adapted from the novel of the same name (itself an account of one of The United States’ most famous hauntings), the home at 112 Ocean Avenue was the site of the infamous Defeo murders. The Amityville Horror is the best conceptualization of haunted houses in the canon of horror film history. With creaking walls, demonic voices, and a true series of killings at its core, The Amityville Horror remains one of the genre’s most effective haunted houses, bar none.

There was a period when studios were willing to throw more than $70 million at a hard-R, Tim Burton work. Sleepy Hollow is a gruesome, gothic adaptation of Washington Irving’s seminal story The Legend of Sleepy Hollow. Burton’s work here is a fall staple. It looks incredible; Sleepy Hollow has one of the most intricate film sets ever conceived for the titular town. It is wonderfully acted, especially from Christina Ricci’s Katrina Van Tassel. And, it features more bloody beheadings than audiences could shake an axe at. A Hessian solider, decapitated in battle, returns from the grave as the infamous Headless Horseman, lobbing off heads everywhere he goes. Sleepy Hollow constrains itself by dint of one Ichabod Crane, though it remains an enduring, autumnal delight.

Growing up in Maryland, I spent plenty of time in and around the Seneca Creek State Park in Montgomery County. That also happens to be where The Blair Witch Project was filmed. Set in the infamous Black Hills Forest (not anywhere near Burkettssville, mind you, because Burkettssville doesn’t have a Black Hills Forest), The Blair Witch Project is the de facto foray into witchy fall vibes. Modern audiences have made it something of a point to routinely deride what Daniel Myrick and Eduardo Sánchez accomplished here. Still, the movie’s success is directly responsible for the found footage genre as it is today. An ostensible true story, few movies have captured the minutiae of real terror quite as well. Every snapping twig and crushed yellow leaf spells doom. Dry those nostrils and let the vibes wash over you.

How do you like to mark the transition from summer to fall? Let me know what your favorite fall horror movies are over on Twitter!