After More than 40 Years, ‘The Howling’ Remains Top-Tier Werewolf Cinema 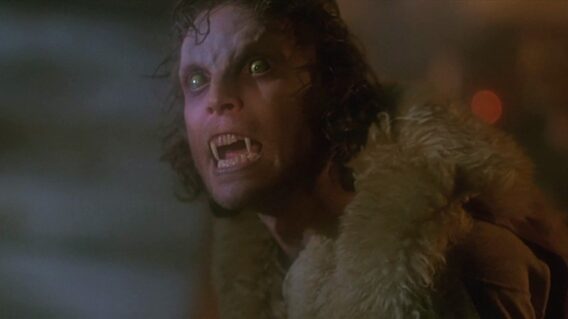 Director Joe Dante has gifted genre film fans with some unforgettable outings. The director is responsible for beloved favorites like Gremlins, Explorers, The Burbs, Innerspace, and many more. But one of his most legendary offerings has to be The Howling. The Howling is werewolf cinema at its finest. More than 40 years on from its release, this tale of lycanthropic terror remains one of the most effective and haunting werewolf pictures ever committed to celluloid.

After a jarring encounter with a serial killer, journalist Karen White (Dee Wallace) escapes to an isolated oasis in the mountains to decompress. Initially under the impression that the trip will allow for some much-needed rest and relaxation, Karen learns that a clan of hungry werewolves hunt the grounds where she is convalescing.

The Howling cleverly starts with an intense inciting event involving a serial killer fixated on Karen. This leads to (and eventually ties in with) the werewolf storyline. It hits the ground running and strikes fear in the heart of the viewer from the jump. Dante’s tightly-framed camerawork and fast-paced editing, combined with an effective score from legendary composer Pino Donaggio, work together to make the opening of this film play out as intense and more than a little unexpected.

LISTEN: What are director Joe Dante’s favorite werewolf films? Find out on the Post Mortem Podcast!

The inaugural sequence serves to set the tone for what’s to come. Moreover, the way the flick comes out of the gate swinging rattles the viewer and places them off balance. Viewers are on pins and needles before the real horror even begins!

Speaking of tone, The Howling has a deeply surrealist quality to it. That is a departure from the lighter feel of a lot of Dante’s work. But the approach works brilliantly here. So many of the film’s sequences have a dreamlike quality, making the viewer question if what they’re watching is really happening. That feeling especially comes to play during the fireside-sexy-time-werewolf-transformation-sequence, as well as in the eventual return and transformation of the killer from the first act. The hazy and dreamlike score from Donaggio really serves to enhance the surreal aspects of the viewing experience.

With its isolated setting and the (initial) lack of context regarding the motivation behind the werewolf attacks, the film juxtaposes lycanthrope tropes with trappings from the slasher and cabin-in-the-woods genres. That tactic could easily come across as jumbled or messy. But in Dante’s capable hands, the genre-melding approach makes for a suspenseful and satisfying affair.

Dante’s keen direction is complemented by legendary creature and gore effects by the iconic Rick Baker. The werewolf transformations are impressive (particularly for the era) and the werewolf-related carnage is plenty brutal. As such, The Howling remains an intense, surreal, effects bonanza that is as intense as it is terrifying.

The legacy of The Howling franchise is another story. The first film is near perfect. Yet, everything that came after seems to pale in comparison. While none of the follow-up efforts quite match the magic of the original, the inaugural installment sometimes seems to get lumped in with the less effective follow-up efforts. But make no mistake: The Howling remains top-tier werewolf horror. And there is no better time to revisit this lycanthropic classic than now. The flick officially celebrates its 41st anniversary on April 10!

The film is available to stream on AMC+ as of the publication of this post. And if you’d like to hit me up with your thoughts on The Howling, you can find me on Twitter @FunWithHorror.