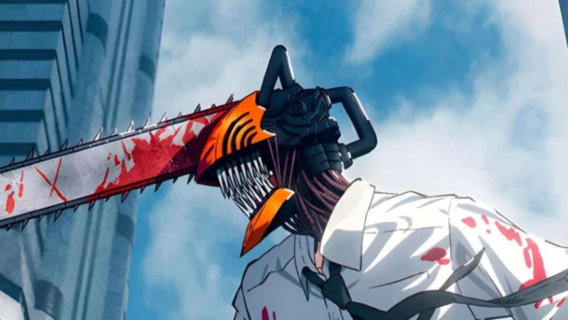 A title like Chainsaw Man sets a certain expectation of violence. And it’s also quite literal. It is about a man who can conjure chainsaws out of his arms and head, after all. But while guts and gore may be the initial draw, the new series draws you in with its fascinating world and perplexing characters who you aren’t sure whether to love or hate.

Chainsaw Man follows Denji, a young man who is shouldered with his father’s yakuza debts after his father’s death. Desperate to live a normal life, Denji goes to destructive lengths to make money, such as selling organs and an eye. His only companion is Pochita, a Chainsaw Devil in the shape of a dog-like creature with a chainsaw for a nose.

Speaking of Devils, this is a world where devils are born from human fears. So the more something is feared, the bigger its devil. Take for example the Zombie Devil from the first episode. The concept of a zombie is terrifying, so that particular Devil is a formidable enemy. So our main antagonists are these horrifying creatures who love to destroy human flesh.

When Denji is betrayed by the yakuza and left for dead, he merges with Pochita. He wakes up with a cord in his chest that, when pulled, activates his chainsaw powers. While he’s still human, he’s taken on the powers of a Devil. This, of course, draws the attention of the Japanese government and he forcibly joins the Public Safety Division Devil Hunters, headed by the strange Makima.

What follows is Denji’s experience learning to be a Devil Hunter with Power, a Fiend (or a Devil that’s possessed a human corpse), and Aki Hayakawa. And let’s just say Denji isn’t the most likable character.

Character flaws aside, director Ryū Nakayama beautifully adapted Tatsuki Fujimoto‘s manga series. Fujimoto already captured viscera and destruction in every frame, and Nakayama elevated it through exquisite animation. Every fight is epic and cinematic as Denji slices through flesh and blood sprays around him. Nothing is held back here, with some incredible gore involving smashed brains.

With the first three episodes now on Crunchyroll, you have time to quickly catch up and settle into this bizarre world. Let the mysteries of the Devils wash over you and let the adorable Pochita persuade you to stay. While newer anime fans may be put off by Denji, it’s worth sticking around for the gorgeous animation and creature design.

While guts and gore may be the initial draw, the new series draws you in with its fascinating world and perplexing characters who you aren’t sure whether to love or hate.