‘Weekend Warriors’ Review: Thrill Seekers Will Eat This Film Up 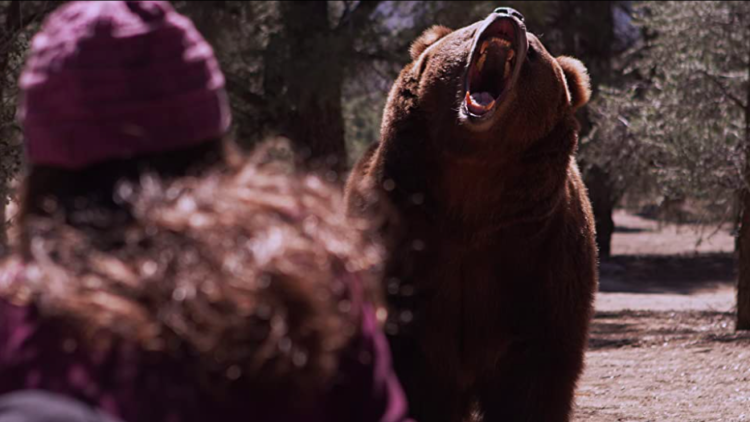 Weekend Warriors begins on a rather innocent note, teenager Scottie is a typical school nerd. He’s picked on, teased, and beaten up by the class bully on a daily basis. So what can he do to escape that miserable existence? Find his happy place, of course!

Scottie and his younger sister, Jamie, are ecstatic to go camping in the mountains with Uncle Joey (a tremendous performance from Jason London). They’re hoping to escape the commotion of suburban life. However, the last thing they expect is a trip into the wild, with former felons and the leader’s girlfriend. Not much of the getaway they had hoped for, but let’s keep an open mind.

This group of “weekend warriors” looks forward to a rough game of survival. This game involves stalking/hunting each other with impressively harmful paintball guns. Led by the commanding and hard-hitting Wesley (Daniel de Weldon), each ex-con falls into place within this brotherhood. Very few questions asked, and no room for disloyalty, Wesley guides this motley crew with fear and force. While the kids fall into the backdrop as per Uncle Joey’s directives, Wesley pushes his muscle onto the men for a victorious game.

Unfortunately, a minor white lie throws Wesley’s demeanor into a jealous rage. As quickly as the hunt starts, it becomes a bloody battle for survival.

De Weldon demonstrates his natural transformation into bad-guy status by burying all feelings against harming the kids who witness the first of several casualties. As the race for salvation dwindles with each brutal force of nature, their survival rate seems terminal. De Weldon not only steals the spotlight; he demands it.

Related: Brooklyn Horror Film Festival Review: Doppelgänger Horror ‘Ego’ is Skillfully Directed But Too Fast-Paced For Its Own Good

Kudos are in order to the return of Corbin Bernsen. Still kicking major ass, this time Bernsen is the town sheriff who swoops in to help find the kids. Meanwhile, they’re fighting their way through the woods to avoid being killed by this gang of blood-thirsty hunters.

Weekend Warriors’ tension (well written by Greer) isn’t achieved through the actual kill scenes. Instead, it’s through the immediate lack of empathy for the kids as they witness a traumatizing act of betrayal. Wesley callously concludes that Scottie and Jamie must be taken out; the matter of murder is irrelevant. In fact, the more brutal the better as this solidified brotherhood tracks them like wild boars on the loose.

Don’t let the small extraneous details deter you from the fight for survival. While the focus of the two painfully overacted children is challenging to accept, you’ll still root for them. Thrill-seekers who enjoy a good trek through the woods, cat-and-mouse chases, and of course, a cool bear attack, will eat this up. The Revenant has nothing on Weekend Warriors.

Weekend Warriors is now available on demand on Comcast, Verizon Fios, Dish, DirecTV and Spectrum through the end of October 2021. In November 2021, Weekend Warriors comes to Amazon Prime, iTunes, Google and Vudu. The film has received domestic and international distribution via Deep C Digital Distribution and Taylor and Dodge Film Distribution.