Arrow's new 4K release of 'The Cat O' Nine Tails' is such a worthy upgrade it diminishes the pain of upgrading again. 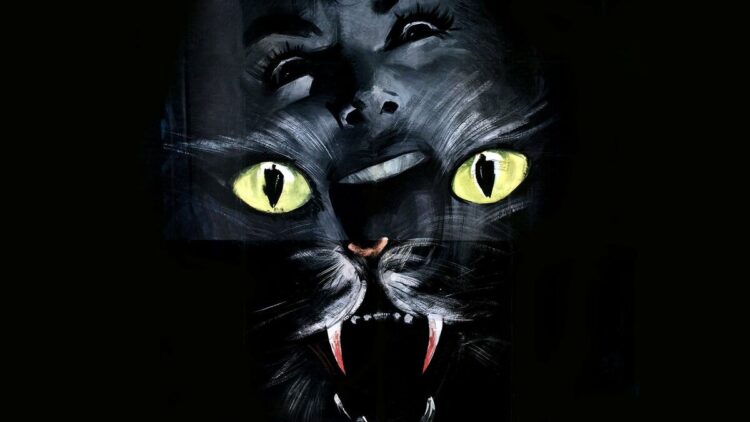 The early career of Dario Argento features some of the most celebrated films in all of horror, but there’s a little gray area sandwiched in between classics The Bird with the Crystal Plumage (1970) and Deep Red (1975) where The Cat O’ Nine Tails (1971) and Four Flies on Grey Velvet (1971) dwell. Regarding the latter, Paramount still refuses to do anything with their license here in the U.S. but the former is a title that seems to be undervalued because it is a giallo that focuses more on the mystery and less on sanguinary affairs.

The Cat O’ Nine Tails is the middle film in Argento’s unofficial “Animal Trilogy” which began with Bird and finishes with Flies – though none of these films are connected and only one (Bird) actually features an animal central to the plot. One similarity the pictures do share is the casting of an American actor in the lead, here played by Karl Malden as a blind man whose acute senses draw him and his niece into a plot involving genetics and predestined personality defects. Despite a lack of bloodshed, the film is very much in Argento’s early-stage wheelhouse and fans who might have overlooked it should consider giving Arrow’s new 4K release a spin.

During an otherwise normal evening stroll an old blind man, Franco “Cookie” Arno (Karl Malden), out with his niece, Lori (Cinzia de Carolis), overhears a man in a car parked on the street outside a nearby building discussing something about “blackmail”. That night at that same building, the Terzi Institute, a break-in occurs, blood is shed, but nothing was taken.

That man, Dr. Calabresi (Carlo Alighiero), is killed the next day when he attempts to blackmail the man he knows is responsible for the crime. Just as Calabresi is pushed in front of a train an unaware photographer snaps a photo that makes the front page. Lori recognizes this as the man she and Cookie saw on their walk. The two go see local reporter Carlo Giodani (James Franciscus) in hopes of seeing the full image. Cookie suspects foul play and sure enough, an examination of the negative shows hands at the edge of the frame, suggesting Calabresi was pushed. But why would someone kill a man to protect a non-robbery?

Why spoil more of the plot? This is one of Argento’s better mysteries, though it seems like he’s mostly disowned the picture now. Because such little focus is placed on the kills The Cat O’ Nine Tails has to make up for it with a long yarn and in terms of scripting, it’s mostly a success. Argento, who co-wrote, doesn’t stuff the picture with red herrings, and the story doesn’t seem as convoluted or contrived as many other giallo I’ve slogged through. This one is pretty straightforward, actually. I found it a bit novel to have something of a sci-fi plot – genetics are the driving factor here – in a giallo; felt kinda fresh. Cookie and Carlo make for a winning team. Cookie has the old-school ingenuity and intuition while Carlo can actually see. Extra kudos to Lori because kids can be a mixed bag in these movies and she’s a sharp little firecracker.

Just don’t go into this expecting to see all of Argento’s trademarks. There’s a killer, and we do see gloves, but the murders are not glorified or embellished in any way. The most visceral death features someone being strangled for a longer-than-usual amount of time. One victim is simply found dead. FX work is extremely minimal. Argento keeps focus on the myriad leads Cookie and Carlo have to track down – those nine leads being the titular “cat o’ nine tails”. Information is meted out at the right intervals and the question of why these people and why this institute kept me involved. The final answer is a bit ridiculous but, then what else would you expect?

Arrow previously released this title on Blu-ray in a lavish edition that was remastered in 4K and generally received high marks. But this new 4K Ultra HD release is genuinely superior. The 2.35:1 2160p image offers more natural skin tones, removing the purplish hue on the last release and appearing more lifelike. But really, color reproduction, black levels, depth, fine detail, film grain – every aspect of this on a visual level is just about flawless. I’m fairly picky about what titles I’ll upgrade from Blu-ray to 4K but this one is absolutely worth it. Audio comes in either English or Italian DTS-HD MA 1.0 mono and since these movies are all dubbed in post anyway I usually opt for English and the track supplied here sounds crisp and smooth, with no audible anomalies and great clarity. Subtitles are available in English SDH.

Arrow’s limited-edition releases are nothing short of excellent and this new 4K set is such a worthy upgrade it diminishes the pain of upgrading yet again. Sorry, physical media buyers, but you’re gonna have to add this to the collection, too.