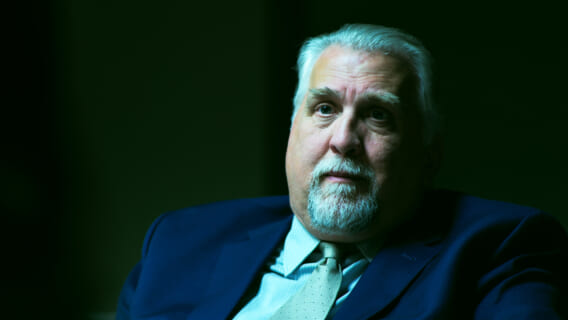 If you love found footage and folk horror, Into the Night Motion Pictures has an early Christmas present for you. Coming soon from the studio is Hunting for the Hag which combines horror fans’ love for floral-covered nightmares and our obsession with shaky cams. And it has some serious star power behind it.

Three young women venture into the woods of central Illinois to search for a mysterious old lady known as the Hawthorne Hag. But deep within this forest, other, more sinister dangers are lurking.

“We wanted to make a found footage movie that toys with your expectations,” said director Paul A. Brooks, “So there’s some twists and turns that I hope fans of this sub-genre will really enjoy.”

Check out our exclusive photos from the film:

Hunting for the Hag stars Jasmine Williams, Alexa Maris, Sierra Renfro, Steve Christopher, Thomas A. Jackson, Paul A. Brooks, Nathan Brandon Gaik, and Nora McKirdi. Daniel Roebuck, seen in films such as The Munsters and 31, also stars in the film.

Paul A. Brooks directed Hunting for the Hag. He co-wrote the script with Sierra Renfro, who also stars in the film. Seth Chromick, Eric Chromick, and Linda Chromick serve as executive producers.

Hunting for the Hag is slated for an early 2023 premiere. For updates about the film, you can follow Into the Night Motion Pictures on Facebook and Instagram.