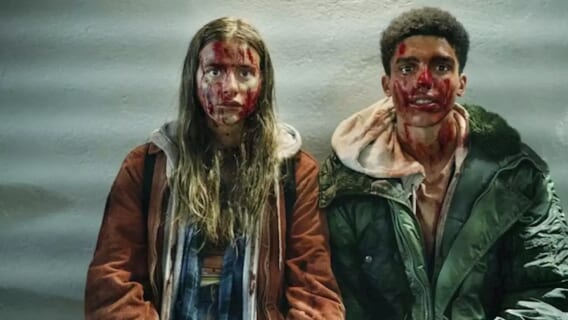 Over a week ago, Netflix premiered The Bastard Son & The Devil Himself. In the brief time since the series dropped, it has already developed an enthusiastic fanbase. Twitter users that have binged the first season have been vocalizing their support for the program and are already demanding the streamer produce a season two.

The show is adapted from the YA novel Half Bad by Sally Green. It follows 16-year-old Nathan Byrn (Jay Lycurgo), who is the illegitimate child of a powerful and malevolent witch. Nathan sets out to find his place in the world but his lineage puts him at a disadvantage.

The Bastard Son & The Devil Himself has already skyrocketed up the Netflix Top 10 charts, garnering 31,000,000 hours of view time in the USA alone. Fans just can’t seem to get enough of the steamy horror release.

Those taken with the series have praised the effects work, the characters, and the LGBTQ representation. The show features a queer supporting character in Gabriel (Vekemans). And even main character Nathan has amorous onscreen relations with both male and female counterparts.

To be fair, it’s not just Twitter users that are connecting with the series. As of the publication of this post, the program sits at an IMDb audience score of 7.4 with over 1,500 ratings and 97% of Google users weighing in with a ‘thumbs up’.

In addition to amassing a sizable fanbase in less than a week, the series is also performing well with critics. The Bastard Son & The Devil Himself boasts a Rotten Tomatoes approval rating of 100% with 7 critics having weighed in to date.

You can scope some fan feedback below. And if the series sounds like it might be up your alley, you can stream it on Netflix now.

Check out the trailer for the Netflix original series:

Check out what fans are saying here:

Lastly, have you seen the steamy new series The Bastard Son and the Devil Himself? Let us know on Twitter via @DreadCentral. We are always around to chat about all things Netflix horror!

Tags: The Bastard Son & The Devil Himself