‘Halloween’ Stars Danielle Harris and Scout Taylor-Compton Share Their Terrible Experience At the ‘Halloween Ends’ premiere: ‘I was mortified’ 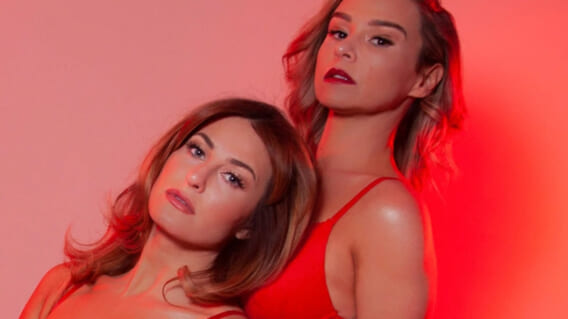 Image courtesy of 'Talk Scary To Me' on Podbean

Genre icon Jamie Lee Curtis is the face of the Halloween franchise, and rightfully so. She’s Laurie Strode, one of the original Final Girls who helped shape the genre. But, Curtis isn’t the only final femme of the franchise. Actor Danielle Harris played Strode’s daughter in Halloween 4, and also played Annie Brackett in Rob Zombie’s Halloween duology. And actor Scout Taylor-Compton took up the torch as Laurie Strode in Zombie’s franchise reboot. Now, in the latest episode of their podcast together Talk Scary To Me, the two actors share their rather strange experience at the premiere event for Halloween Ends.

Harris and Taylor-Compton, despite their Halloween ties, have never been invited to a red carpet for the new films. Neither has ever met Curtis, either. So when they were invited to Halloween Ends red carpet and screening in LA, they were both nervous and excited. Both shared their apprehension at both attending the event and then retelling their experience. Each, especially Taylor-Compton, explains their own anxieties around their overall negative experience due to both the nature of the industry and fan reactions.

While they had rather mixed feelings about the film (Taylor-Compton notably snores when discussing the ending), what was more difficult for the actors was what happened after the screening. Harris and Taylor-Compton attended the after-party for Halloween Ends with A Nightmare On Elm Street star Heather Langenkamp. They wanted to use this moment to finally say meet Curtis and get a photo with their fellow Halloween femme.

Harris explains how when they finally approached Jamie Lee Curtis, Harris introduced herself as the woman who played Laurie’s daughter in the fourth Halloween movie. According to Harris, Curtis promptly said “I’ve never seen those movies, I don’t know who you are” despite Harris previously being told that Curtis loved Harris. Then, Harris said it was like she was a deer caught in headlights. She waited for Curtis to say “just kidding” but it never came.

Meanwhile, Taylor-Compton had no idea what happened with Harris due to the noise of the party. They were both cognizant that Curtis was exhausted and everyone wanted a photo with her. So Taylor-Compton tried to be strategic in her introduction and share how honored she was that they could both play Laurie Strode. While Taylor-Compton didn’t share the specifics of her own interaction with Curtis, she did start to cry. She did say that it was a very similar experience to Harris.

At the end of the recording, Taylor-Compton says, “we just left [the party] feeling very, very hurt” with Harris adding, “I just felt dumb.” While both actors expected a joyful and memorable night where they could meet and reunite with the Halloween cast, they were, in their own words, “shocked and hurt.” They do acknowledge Curtis was busy, that she may have just been having a bad day, and no matter what she is the face of the franchise and deserves fan love. But they also wanted to share their honest experience about something they’d been looking forward to for much of their careers.

Listen to the full episode here: