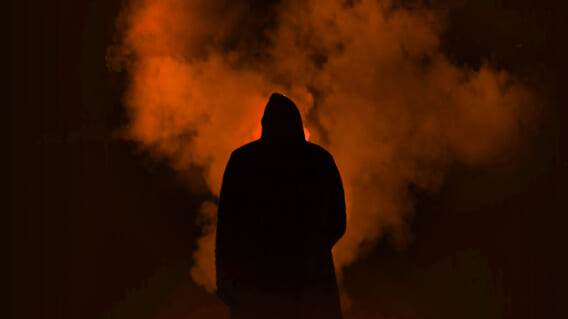 The spooky season is upon us. And for many, that means stockpiling seasonal sweets, staging horror movie marathons, and coming up with creative costume ideas. But the Halloween season also marks an uptick in criminal activity. Some of the mayhem that transpires during the end of October can be blamed on increased alcohol and substance consumption. Another contributing factor is the large number of houses left vacant on Halloween night. Many homeowners step out to trick-or-treat with the family or attend costume parties, which can prove tempting to those with criminal inclinations.

Sadly, the increase in illegal activity isn’t limited to vandalism and theft. For one reason or another, a disproportionate number of violent and tragic events transpire on October 31st. And with that in mind, we are spotlighting a handful of heartbreaking and horrifying occurrences that transpired during the Halloween season.

Maria Adams was Killed Over a Disagreement Regarding Halloween Candy

Circa 2011, Chicago resident Maria Adams was spending Halloween with her acquaintance Ledell Peoples. When an argument over missing Halloween candy transpired, matters quickly escalated. During the disagreement, Adams threw a plate at Peoples, striking him in the face. Peoples eventually became so enraged over the missing sweets that he stabbed Adams repeatedly. Peoples was initially charged with first-degree attempted murder. But when Adams was later pronounced dead at a local hospital, the charges were upgraded to first-degree murder.

Leslie Garcia Was Nearly Killed by a Thoughtless Prank

During the 2015 Halloween season, Frank Alba hid in the bushes outside his friend Hilda Martinez’s Omaha Nebraska home, hoping to scare the living hell out of unsuspecting trick-or-treaters. Alba was drenched in fake blood but wielding a real chainsaw. When he jumped out in front of a group of children and revved his ‘prop’, 12-year-old Leslie Garcia ran into the street and was struck down by a passing truck. Garcia sustained multiple injuries but lived through the ordeal. The incident led to a lawsuit when Martinez’s homeowner’s insurance company refused to pay damages related to the incident.

On Halloween night in 1957, Peter Fabino was killed by a woman disguised as a trick-or-treater. Fabino’s wife Betty had previously been romantically involved with Joan Rabel, the mastermind behind the crime and an employee of Peter’s. When Betty and Peter’s mariage was on the rocks, Betty fell into the waiting arms of Joan. But upon Peter and Betty’s eventual reconciliation, Joan was heartbroken and took up with Goldyne Pizer, eventually convincing Pizer to murder Peter at her behest.

Peter’s death was initially investigated as a gang shooting. But when Peter proved to have no connection to the criminal underworld, the focus turned to disgruntled employee, Joan Rabel and her new girlfriend, Goldyne Pizer.

Pizer had nothing to gain from pulling the trigger, she was simply trying to please her manipulative and opportunistic lover. As such, she showed up costumed on the Fabino’s doorstep with a paper bag in hand. But rather than containing bite-sized sweets, the bag was disguising a handgun, which Pizer used to kill Peter. Both of the women involved received a prison sentence of five-years to life for the charge of second-degree murder.

In 2017, Hong Kong man Cheung Chiu-kit was crushed by a moving slide inside an Ocean Park haunted attraction called ‘Buried Alive’. The haunt features a slide that requires attendees to enter a coffin-shaped box on an upper level of the facility and then slide down to the lower level where they must navigate a maze. The coffin box portion of the event is supposed to mimic the sensation of being buried alive.

When haunt workers mistook Chiu-kit for an employee, they failed to guide him out of the restricted area. Accordingly, the young man found himself trapped under the slide and crushed to death. His passing, while certainly preventable, was ultimately ruled accidental. But the attraction was shut down immediately after Chiu-kit’s death.