‘Hellraiser’ Trailer Wants To Know What You Pray For 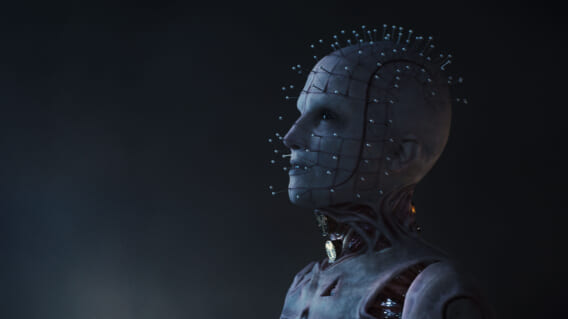 We all know of Pinhead. Even if we haven’t seen Clive Barker’s 1987 film Hellraiser or read the novella the film is based on, the image of Pinhead is everlasting. Now director David Bruckner is bringing a new vision of the iconic horror villain to life in his adaptation. And we finally have a trailer that brings the agony and the ecstasy.

In the all-new Hellraiser, a young woman struggling with addiction comes into
possession of an ancient puzzle box, unaware that its purpose is to summon the Cenobites, a
group of sadistic supernatural beings from another dimension.

The trailer gives us a more in-depth look at Jamie Clayton’s performance as Pinhead, which is both terrifying and awe-inspiring. And with Clive Barker producing, this seems like an incredible return to what makes Hellraiser so scary.