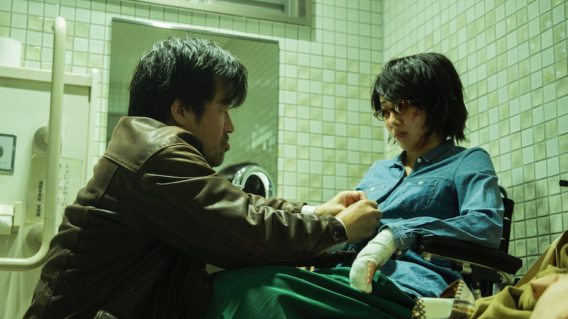 In this strange, twisted world we live in, we’re ready to do just about anything to fix our financial situation. Even hunting for a serial killer. In Shinzô Katayama‘s second feature film Missing, a down-on-his-luck widow goes on a strange mission to capture a notorious serial killer to dig him and his daughter out of debt. Nothing could possibly go wrong. Right?

Read the full synopsis for the film below:

Depressed and in debt following the death of his wife, Santoshi (Jiro Sato) tells his young daughter he has found a way out. Pointing to a reward note, he vows to find the infamous serial killer “No Name” (Hiroya Shimizu) and cash in, claiming to have seen the man in the flesh a few days earlier. Kaeda (Aoi Ito) cannot take her aloof father seriously. But when he goes missing without a trace, she starts to fear the worst—and must begin looking for him.

Check out our exclusive photos from Missing below and get ready for a harrowing viewing experience: