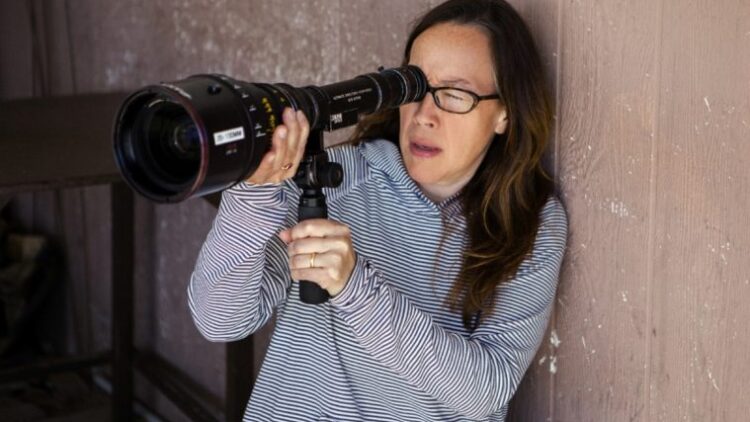 We don’t put enough respect on Karyn Kusama’s name. She directed Jennifer’s Body, The Invitation, and the pilot of Yellowjackets, and we don’t celebrate her or her badass endeavors enough. Because I’m nosey and wanted to see if I had anything else in common with Karyn aside from being from Missouri and a love of the genre, I decided to see what movies she’s into. Luckily, Nylon already asked her what five movies shaped her. So, all that was left for me to do was clap to see an underrated Blaxploitation film make her list. I’m happy to report that I fully support the Kusama list and will be watching the two movies I haven’t seen immediately.

One of the things that I love about the five movies that shaped Karyn Kusama is that there isn’t much overlap with other directors I’ve looked into. This makes sense when you look at her aesthetic and body of work. The woman that directed The Invitation is going off the beaten path. Like, that movie hits too hard for us to not see something different than we’re used to getting. I’m here for this list and can see some of these movies influencing the Kusama aesthetic we know and love.

Habit is billed as a gritty horror, drama, and romance, so I’m already intrigued. It’s set in New York and focuses on an alcoholic and the succubus who claims him. I’m mad I never heard of this movie until now. However, I am grateful that it’s still on Shudder so I can correct that.

A bullied boy falls for a girl that helps him put his bullies in their place. I’m not a fan of children, romance, or childhood romance, but this movie is a moment. I’ve seen it once and have wanted to revisit it for a moment. Knowing it’s on Showtime and part of the Kusama list makes me think I should do that right now.

A doctor’s assistant is turned into a bloodsucker after being attacked. This movie is at the intersection of arthouse and Blaxploitation. We need to give it way more praise, much like Karyn Kusama herself, and I’m happy she gets it. Hopefully, this leads more people to the unholy trinity of Duane Jones, Marlene Clark, and Bill Gunn while it’s living on Showtime.

A student takes the wrong babysitting gig in this Ti West film. This movie is set in the 1980s and is the movie I think of when people talk about Ti West. There is a reason it shaped Kusama, and a reason it’s my favorite movie on West’s resume. Hopefully, all of the X and Pearl fans are as equally familiar with these creepy vibes in a trenchcoat masquerading as a film. Open your Shudder and enjoy being unsettled in your home posthaste.

Werner Herzog took on Nosferatu, and no one ever told me. My life has been a lie. I don’t know where to go after this but to Shudder to fix this embarrassing oversight. I’ve been changed for good because of Karyn Kusama and now have a date with Shudder. That’s how powerful her list is.

Give Kusama a teaching award alongside her next directing award. Change my transcripts to read Karyn Kusama instead of my grad program and let her in on all those student loans that I’ll never be able to pay back! Her list is as lit and as fascinating as her work. Now, if you’ll excuse me, I’m going to restart Yellowjackets so that I can feel alive again.

Were you surprised by any of the movies on Karyn Kusama’s list? Let’s geek out about it at @misssharai.