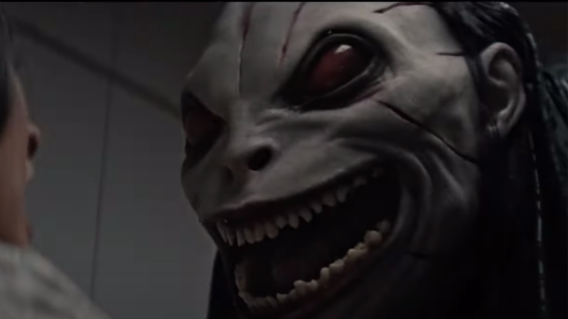 Today, 20th Digital Studio and Hulu premiered the trailer for Grimcutty, a horror feature film debuting October 10 as part of the streamer’s annual Huluween celebration. The teen tech horror is the first in a slate of nine feature-length films developed and expanded from 20th Digital’s short film collection “Bite-Size Halloween”. Grimcutty has its World Premiere at Beyond Fest in Los Angeles on October 6.

Directed and written by John William Ross (The Birch), Grimcutty follows a suburban teen girl (newcomer Sara Wolfkind) and her little brother (Callan Farris) who must stop a terrifying internet meme brought to life by the hysteria of their parents, played by Usman Ally and Shannyn Sossamon. Alona Tal also stars, as a mother whose son (Kayden Koshalev) is affected by the memetic monster.

Ross previously created the short horror film “Gregory,” which premiered on Hulu in 2020 in the first season of 20th Digital’s “Bite-Size Halloween”. Grimcutty is a successor both in the aesthetic of the two titular creatures and in themes of mass hysteria, technology, and social dynamics.