‘The Invitation’ Director Jessica M. Thompson Talks The Mythology of Her Vampires [Watch]

This is her feminist take on the brides of Dracula. 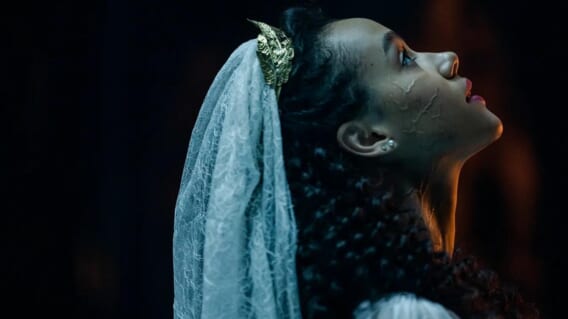 In the new film The Invitation, director Jessica M. Thompson wanted to create a feminist take on the brides of Dracula. No longer were they just three sexualized beings that did Dracula’s bidding, but more fully realized characters. With Thompson’s direction and a script by Thompson and Blair Butler, The Invitation does just that.

After the death of her mother and having no other known relatives, Evie (Nathalie Emmanuel) takes a DNA test…and discovers a long-lost cousin she never knew she had. Invited by her newfound family to a lavish wedding in the English countryside, she’s at first seduced by the sexy aristocrat host but is soon thrust into a nightmare of survival as she uncovers twisted secrets in her family’s history and the unsettling intentions behind their sinful generosity.

Dread Central spoke with Thompson about her new film, creating her own version of the vampire, and more.

The Invitation is in theaters now.