His luck has run out. 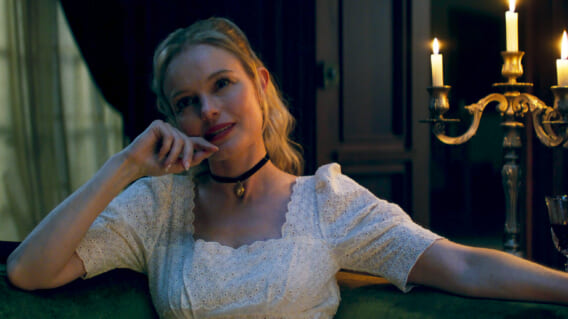 Fresh off its premiere at the 25th edition of the Fantasia International Film Festival, House of Darkness is coming soon to theaters and on demand. This is the most recent cinematic effort from prolific playwright Neil LaBute, known for his work on The Wicker Man.

Driving home to her secluded estate after meeting at a local bar, a player out to score thinks his beautiful, mysterious date will be another casual hook-up. While getting acquainted, their flirtation turns playful, sexy, and sinister. Hoping to get lucky, his luck may have just run out.

Watch the new trailer below:

LaBute is known is for his subversive works such as In The Company of Men. Originally written and performed as a stage play, In The Company of Men follows two misogynistic men in the workplace who decide to harass their deaf female coworker. It was adapted into a film in 1997.