The two iconic actors couldn't be happier to be back together. 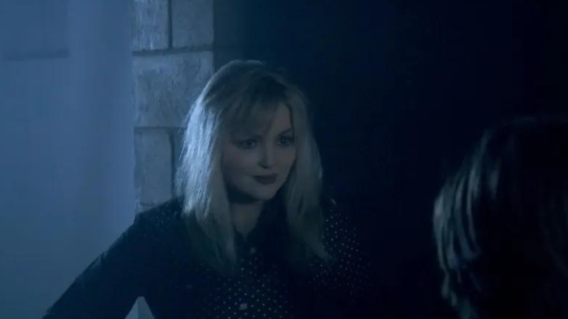 It’s somewhat surprising that Lisa Wilcox and Tuesday Knight have never acted alongside each other again after the rocket success of A Nightmare on Elm Street 4: The Dream Master. The pop culture horror sensation introduced the Elm Street kids to the MTV generation. Both actors will be forever linked together thanks to Freddy’s franchise. Thankfully, they’ve also continued to be lifelong friends.

Directed by Daniel Benedict, The Bloody Man follows a broken family trying to move on after the death of their mother (Wilcox). The new matriarch (Knight) does her best to connect with the three teens left behind. But, instead, she becomes a new kind of wicked stepmother thanks to the Bloody Man curse.

Set in the 80s, The Bloody Man is brimming with nostalgia. There’s even a Dream Warriors poster that pops up in a few scenes. In our video interview below, Wilcox and Knight talk with Dread Central about working together again, embracing the Elm Street legacy, and their upcoming appearances at some of the largest horror conventions in the country. Go out and meet them! We also spoke about Tuesday’s contributions to The Bloody Man soundtrack and what actor or musician they would be most starstruck by.

The Bloody Man is available on digital now. Be sure to attend some of the upcoming horror conventions they will both be attending!