‘Ultrasound’ Director and Cast Talk About The Power of Hypnosis [Watch]

You're getting very sleepy... 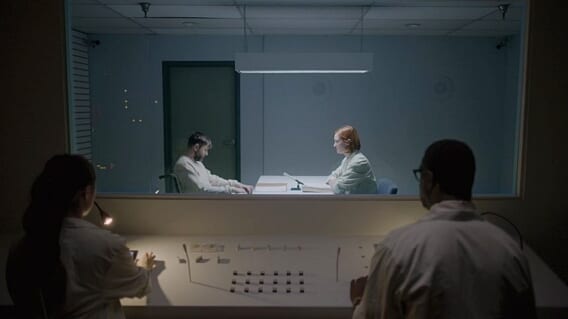 The power of hypnosis and suggestion is a terrifying one. Sure, we’ve seen it used in good in films like The Exorcist where it’s used to get information about a person. But, in Rob Schroeder‘s new film Ultrasound,

Driving home during a rainstorm, Glen experiences car trouble and gets help from a strange couple that gives him an offer he can’t refuse. At the same time, Katie is feeling weighed down by a secret and a medical practitioner questions an experiment.

It’s a difficult film to describe because it holds so many twists and turns. Ultrasound also boasts an incredible cast including Vincent Kartheiser, Breeda Wool, and Chelsea Lopez.

We spoke with Schroeder, Kartheiser, Wool, and Lopez about the film, hypnotism, loving horror, and more.