Rob Savage talks about Annie Hardy, shooting some of the crazier scenes in 'DASHCAM', and more. 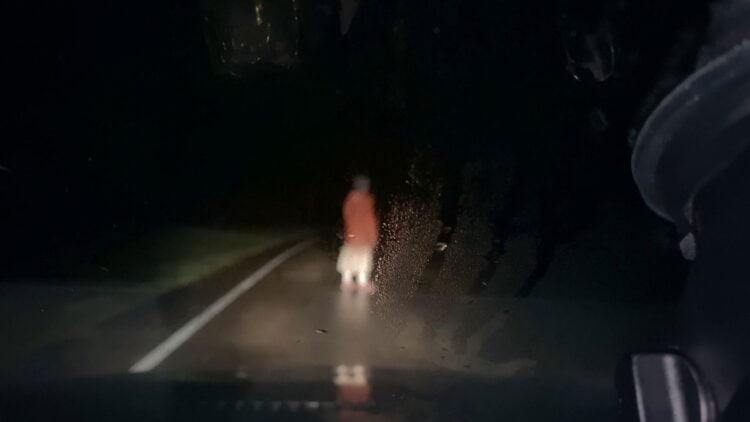 Rob Savage burst onto the horror scene in 2020 with his Zoom second-screen horror film, Host. It’s terrifying and the perfect example of a pandemic horror movie. Now, Savage is back with his latest foray into found footage with DASHCAM, which is out now. The film, directed by Savage and written by Savage, Gemma Hurley, and Jed Shepherd, is dividing audiences due to their main character, played by Annie Hardy.

The film follows Annie, played by Hardy, a woman who live streams through her dashcam and shares her observations of the world with her audience. Those observations happen to be anti-vax, pro-Trump, and just generally upsetting opinions that will make your stomach turn. DASHCAM follows Annie as she shows up unannounced at her friend’s home. She then steals his car and gets involved in something supernatural. It’s definitely a wild ride and one that asks the audience: is Annie truly playing herself?

For the latest Dread Talks, Mary Beth McAndrews spoke with Savage to discuss his latest, and controversial, film.