Because we're all a little nosey. 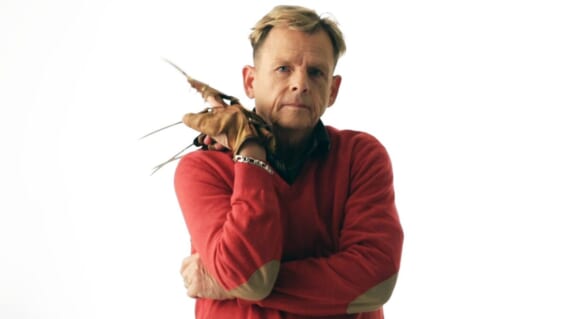 We clearly all love horror movies. However, most of us also love nerding out about the movies we love. That’s part of the reason I live for a documentary about how the films got made. Whether you just want some behind the scenes memories, or are looking to be inspired to grab a camera and make your own movie, there’s something here for everyone.

One of the most successful found footage franchises dropped a documentary last year. The deep dive coincided with the latest series installment and has some never-before-seen footage from the movies. Not only is it cool to get a little peek behind the scenes of Paranormal Activity, but it’s also lets you use that Paramount+ account you have the password to.

George A. Romero made zombies iconic and changed the face of mainstream horror. So of course, I’m ready to hear how him and his friends made Night of the Living Dead. I’m doubly excited because I realized I have actually never seen any interviews from anyone who worked on the film. This documentary will let fix that immediately. You can also find this on Tubi and Pluto TV.

Crystal Lake Memories: The Complete History of Friday the 13th (2013)

Most of us practically grew up at Camp Crystal Lake. So, this deep dive makes me feel like a kid in a candy store. Because the franchise has so much history this is the longest documentary on the list coming in at six hours and 40 minutes. It’s going to be a day trip but is a good primer for those of us wanting the backstory that got us to this current legal battle. The doc is inspired by Peter M. Bracke’s book which shares the title.

I was late to the Evil Dead universe but have always been very aware of the fanbase. It’s no surprise that there is a documentary exploring the popularity of this beloved franchise. Its focus is on the fans and it’s filled with moments that give you the warm and fuzzies.

If you watched the first Alien film, then you probably have questions for the filmmakers. You’re not alone. This documentary sits down with them and gives us a glimpse of this classic movie. It also unpacks the ancient mythology that inspired it a little. I’m so here for any retrospective on a film that still hits over forty years later. Blocking off part of a Saturday now and am looking forward to seeing these behind the scenes pictures.

If you’re like me then you grew up watching A Nightmare on Elm Street 2: Freddy’s Revenge without knowing the fallout. Well, one of our favorite final boys, Mark Patton, is here with the truth. This documentary sheds a light on this controversial installment and gives us insight into how this movie halted Patton’s burgeoning career. It was an emotional journey that I wasn’t ready for. It is also one of my two favorite documentaries on Shudder. I cannot recommend it enough.

If you love the original Halloween as much as you should, then this documentary might be for you. Often called one of the best horror documentaries, it used to only be watchable on DVD. However, now we have access to it via Youtube so we can hear the stories from the people who know best. Grab your Kleenex as some of the people interviewed are no longer with us.

If you want an investigation into the whole world of A Nightmare On Elm Street then this is your doc. Geeking out as you watch an oral history of one of the most beloved horror franchises is a mood. It’s supposedly one of the best and I already know my eyes are going to get moist every time Wes Craven appears. It’s been on my list forever and maybe this is the season to do it.

This Halloween documentary holds a special place in my heart. It was the first time I heard John Carpenter’s thoughts on the Rob Zombie remake. For that alone, I live! It’s a nice follow up if the other documentary leaves you in a slump. However, it doesn’t over a whole lot of new information.

Let me know what documentaries you’re getting into at @misssharai.