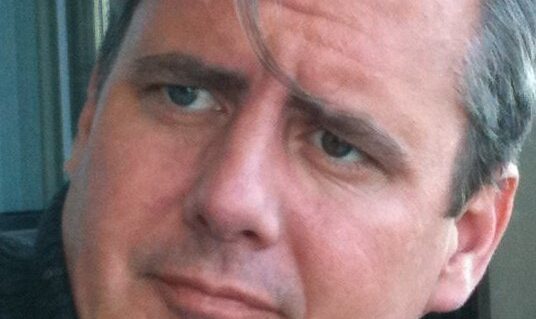 Born December 21, 1965, in Rochester, New York, O’Brien was a storyteller from an early age, and after acting in several high school plays, realized that his life path lay in filmmaking. His work in the horror genre includes the third, fourth and fifth films in the Wrong Turn series: 2009’s Wrong Turn 3: Left for Dead, which he directed, and 2011’s Wrong Turn 4: Bloody Beginnings and 2012’s Wrong Turn 5: Bloodlines, which he both wrote and directed. Outside of that series, O’Brien additionally wrote and directed 2014’s Joy Ride 3: Roadkill for Twentieth Century Fox, as well as having directed 2010’s Sharktopus for Roger Corman.

Additional films he helmed within the genre include the 2008 features Rock Monster, Monster Arc and Cyclops.

As for his work in the Wrong Turn series, O’Brien approached the franchise (originated by director Rob Schmidt and writer Alan B. McElroy in 2003) with decided yet playful respect, and with an enthusiasm towards building the mythos and backstory of the series trio of antagonists, ‘Three Finger’, ‘Saw Tooth’ and ‘One Eye.’

On a personal note, O’Brien and I became fast friends in 2009, following a screening of Wrong Turn 3: Left for Dead at Screamfest Film Festival in Los Angeles, where we made each other’s acquaintance. He was instantly likeable, with a mischievous twinkle in his eye and a deep love for the genre, as well as his family, and our bond grew as I traveled with him to document the production of several of his films, from Canada to Bulgaria and back again. He was an actor’s director, and someone who could (and did) accomplish grand things on a small budget, while always concerned first and foremost with the safety of his cast and crew.

Oh, and O’Brien loved FX gore. A lot. His shouts of “More blood! More blood!” anytime he was shooting his always innovative and elaborate kill sequences (he’d call me during the writing process at times to ask me what I thought of them, and they were always inspired) will forever be in my memory, as well as his always hearty laugh.

You were taken much too soon, my friend, and you will be forever missed. You were one of the good ones.

Declan passed away on February 16, 2022 at the age of 56. He was predeceased by his loving parents, Michael and Joan O’Brien and his older brother Brendan O’Brien. He is survived by his three children: Alec O’Brien, Aidan O’Brien, and Caitlin O’Brien; his five siblings: Maureen O’Brien Oser, Kevin O’Brien, Sheila O’Brien, Siobhan O’Brien, and Deirdre Rosenberg; his eight nieces and nephews: Kelsi and Jeremy Oser, Elizabeth and Therese O’Brien, Michael and Connor O’Brien, Jared and Andrew Rosenberg and a great niece Aria Oser.

Declan was born in Rochester, NY and he grew up in the village of Fairport, NY. He was the youngest of seven children. His brothers and sisters all remember when Declan was born because it was around Christmas, his father was in charge at home and his father decided a new puppy was in order for this special event. His brothers and sisters always credited Declan for the new puppy. Declan learned to talk at a very early age. He loved to entertain even as a young child often giving his opinion to the adults around him on “this or that” with a big grin on his face.

He must have kissed the Blarney Stone because he loved to tell a good tale all throughout his life. Declan was a dreamer, a storyteller, a prankster extraordinaire and just fun to be around. He was quick witted and a charmer. In high school he acted in several high school plays and musicals and learned at an early age that “this was what he wanted to do in life”.

Off to California he went with a couple of suitcases in hand to become an actor. He quickly realized that he should go to college and get a degree in film and television as a “back-up” plan. He graduated from California State Polytechnic University at Pomona. It’s there where he met his future wife Kareen and the mother of his three children. The entertainment industry became his profession.

But the real love of his life were his three children. Declan often said that his best accomplishment in life was his three amazing children – Alec, Aidan, and Caity. Every phone conversation usually started with a story about one or all of his kids. Declan was an adventurer, so his children were with him when he made trips to Nevada, Georgia, Florida, and New York over the years. They were his greatest joy. Declan, along with his closest friends and family members, have watched as his children have grown into delightful and loving young adults. Declan was immensely proud of them.

Declan was a loyal friend. He made friends early in life and those friends stood by him through the best times in his life and through his most difficult times. His friends have so many stories to tell of his remarkable life. We hope that his story and the stories about Declan will be shared over and over by his family and friends for years to come…kind of like a movie of sorts that can be enjoyed over and over again.

His parents now have Declan and his brother Brendan with them once again. No doubt they are playing euchre, telling stories of their own, and keeping an eye on all of us. Declan will be missed. He will be remembered for so many things in life, but first and foremost for being a proud father of his three remarkable children.