Bring on the monsters. 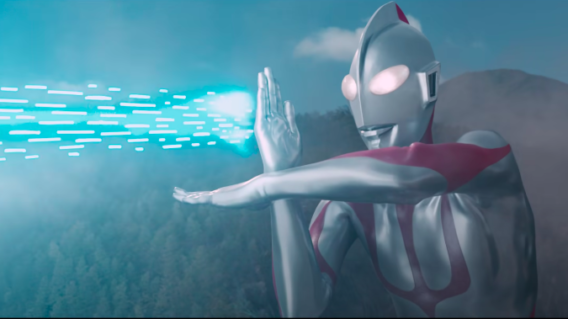 In 2016, Hideaki Anno, creator of Neon Genesis Evangelion, and Shinji Higuchi unleashed Shin Godzilla onto the world. They took the iconic monster and made him into something absolutely horrifying. Now, the duo is continuing with their trend of reimagining kaiju with Shin Ultraman.

For those of you unfamiliar with Ultraman, he rose to fame in the Ultra Q series which aired in Japan in 1966 and 1967. From there, he became one of the most popular tokusatsu series, or series full of action and practical effects. He is essentially a man fused with an alien being who can transform into a silver giant, capable of fighting destructive creatures and otherworldly invaders.

Now, Anno’s interpretation of the iconic figure is coming to theaters! Anno is a self-proclaimed fan of Ultraman, growing up playing with action figures of the big man himself. He was able to translate his love for Godzilla into something new. So, fingers crossed he’s able to channel that for Shin Ultraman, too. And looking at the trailer, I don’t think we have much to worry about. While the show was often geared towards a younger audience, it doesn’t look like Anno and Higuchi are worried about alienating older viewers.

Check out the full trailer for Shin Ultraman below:

While the action is kept brief, there’s definitely going to be monster mayhem raining down upon Japan. And Ultraman is humanity’s only hope! But this isn’t just about monsters and massive set pieces. It looks like Anno is again going to tap into the humanity behind kaiju films and illustrate the frustratingly complicated Japanese bureaucracy that halts any kind of solution in the face of a crisis.

Shin Ultraman hits Japanese theaters on May 13. No word yet on when it hits US theaters, but keep checking Dread Central for updates!