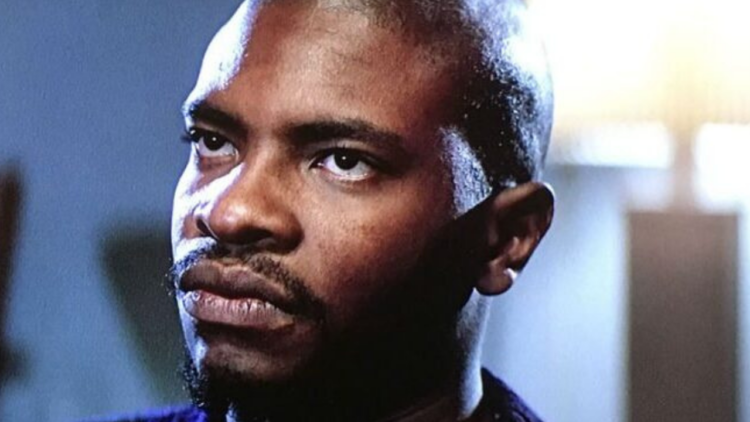 Keith David: you’d recognize him and his voice anywhere. You’ve seen him in movies like The Thing and They Live! and heard his iconic voice acting in films such as Princess Mononoke and video games such as the Mass Effect series. David’s name is synonymous with horror, creating memorable characters that defined the genre.

Dread Central was lucky enough to sit down with Keith David to discuss his appearance in Shudder’s Creepshow, voice acting, the power of horror, and more.

Dread Central: My first question for you is, so you’re a part of season two of Creepshow and you’re in an episode of a show. What has it been like to be a part of this incredible horror franchise?

Keith David: Well, I’m having a wonderful, wonderful time. I mean I had a great time shooting it and that was great. I hope later on to get to do more.

What character have you played do you think kind of best exemplifies what you would be in a horror situation or in a horror movie?

KD: Well, I love Childs. He’s a guy willing to take over and willing to take the helm if he has to. Willing to step up to the plate. I’d like to think of myself as that kind of guy.

He is an incredible character. I’m totally sure you get asked this question all the time, but what was your interpretation of the ending of The Thing?

KD: In either situation, I love working. I mean it’s two different genres, but it’s all about acting and bringing the best you can to the table. Being present in each situation. And that excites me. How can I best do that to facilitate the story? At the end of the day I’m a storyteller. I love telling good stories.

KD: Well, I mean, it all depends on what the game is about.vAnd again, what is the journey of the character? I mean, I love playing Captain Anderson. He’s such an honorable guy.

Yeah. I love that. That’s amazing. And so this is going back to your work both in horror and also in Creepshow. Horror has the power to really tap into our cultural anxieties and what we’re terrified of at the moment. And you kind of see that in your episode of Creepshow and a lot of the other movies you’ve been in. I’m just curious what you feel is like the power of horror in terms of tapping into our cultural fears and anxieties?

KD: Well, as the nature of the genre and the nature of art is to hold as to the mirror up to nature. So we get to see ourselves as human beings in the horror genre as I said before, you get to see extraordinary circumstances. Extenuating circumstances, who are you going to be? Anybody can when things are going Hunky Dory and things are fine, nothing’s wrong. Anybody can be a hero in that circumstance or a good person under those circumstances, never taxed to be otherwise. But how unselfish are you going to be when you have to step up to the plate? The horror genre always asks us to think of somebody other than just ourselves.

That’s incredible. And speaking of thinking of people other than yourselves, I really admired your work actually in Princess Mononoke as Okkoto.

KD: I just wanted to do more. I wish that my character as the wild boar, that he was in it more.

You’ve played so many characters. Was there a character that you really want to play that you haven’t had the chance to play? Or even one that you’d want to go back to either like a specific person or even just a type of character?

That would be wonderful.

KD: Yeah. That’s what I really want to do.

That’s incredible. And so what’s next for you? What projects do you have coming up or what kind of dream projects are you hoping for?

KD: Well, right now I’m playing King Lear in a podcast series called Play On. So look out for that. I want to play Richard the Second. They would never let me play it in life. Probably I wouldn’t get the chance to play it but I can voice it on the radio.

Are you a big Shakespeare person?

Oh my God. I love Leontes in The Winter’s Tale. I love playing Oberon. Recently I played Pericles. I love Pericles. Wow, what a wonderful character.