‘The Curse of Michael Myers’, ‘Jason Lives’, and The Art of Reinvigorating An Iconic Slasher

Why did 'Jason Lives' reenergize the Friday franchise and why did 'The Curse of Michael Myers' fail? 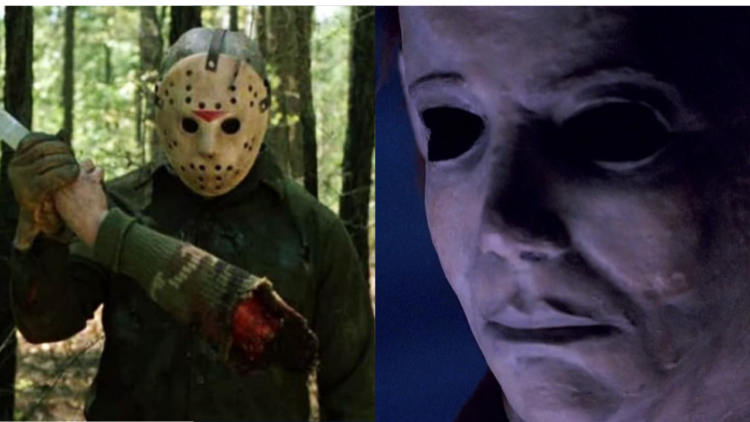 You’re watching the sixth installment of a classic, slasher franchise, where an unstoppable masked killer returns to his old stomping grounds to wreak havoc. Only this time he’s imbued with supernatural power and opposed by a person who survived his attack as a boy. What film are you watching? If you said Friday the 13th Part VI: Jason Lives (1986) you’re correct. However, if you said Halloween: The Curse of Michael Myers (1995) you’re also right.

In Jason Lives, Thom Matthews plays Tommy Jarvis, a man whose life was turned upside down by Jason Voorhees when he crossed paths with the hockey mask-clad killer as a young boy in 1984’s Friday the 13th: The Final Chapter. In The Curse of Michael Myers, Paul Rudd (his first film) plays Tommy Doyle. He’s the child Laurie Strode was babysitting when Michael Myers first returned to Haddonfield in 1978’s Halloween. Both films also brought new sub-genres to the classic slasher formula. They were also made in response to the previous entries in their franchises that were reviled by fans.

Related: Bent Out of Shape: Michael Myers’ Muddied Mythos and the Infuriating Ending of ‘Halloween Kills’

Neither film ended up being a box office success. But history shows that Jason Lives was much more successful at reinvigorating the Friday the 13th franchise and introducing supernatural elements into the films. So, why did Jason Lives reenergize the Friday franchise and why did The Curse of Michael Myers fail? And what does that mean for the long-awaited Halloween Kills? We’ll answer those questions and more as we take a deep dive into both films and examine why Jason Voorhees and Michael Myers remain such intriguing characters. So, come with me, dear reader! We’re going on a journey that will take us to a blood-spattered summer camp, a cult-infested suburban community, and behind the masks of two of cinema’s most iconic villains.

What They’re All About

Jason Lives was a follow-up to 1985’s Friday the 13th: A New Beginning. In that fifth installment of the Friday franchise, a teenage Tommy Jarvis gets caught up in the murderous machinations of a mysterious figure who claimed the legacy of Jason Voorhees, the legendary slasher that Tommy dispatched as a young child. Jason Lives follows a now adult Tommy who returns to the town of Crystal Lake (now named Forest Green). Here, he accidentally resurrects his old nemesis as a superhumanly strong and resilient undead abomination.

The Curse of Michael Myers follows up on plot elements introduced in Halloween 5, such as the thorn tattoo and the mysterious man in black. It also attempts to offer up a supernatural explanation for its titular character’s murderous behavior and impressive physical traits. It does so by weaving a tale that brings Michael Myers’s old foe, Dr. Sam Loomis (Donald Pleasance), back to Haddonfield. There he, the now-adult Tommy Doyle, and the Strode family must contend with both Michael and a mysterious cult.

The fifth films in the Friday the 13th and Halloween franchises were so reviled that they caught the attention of the executives in charge of them. Frank Mancuso, Jr. knew that the copycat Jason killer in Friday the 13th: A New Beginning had upset a lot of fans. So, he set out right away to produce a movie that rectified that. Halloween producer Moustapha Akkad put the series on hold after the low box office and poor reception of Halloween 5. He met with screenwriter and fan of the Halloween franchise Daniel Farrands in 1990. Farrands compiled research about the Strode and Myers families and the runic Thorn symbol shown in Halloween 5. But he didn’t hear anything else from Akkad until 1994. That was when he was officially tapped to write what would become The Curse of Michael Myers.

Farrands’ only marching orders for his film were that the movie had to feature Michael Myers, it had to take place in Haddonfield, and it had to be scary. Mancuso tapped relative newcomer Tom McLoughlin to write and direct what would become Jason Lives. McLoughlin was not really a fan of the Friday franchise when he received the assignment. He had only seen the first film. He went back and watched the rest once he signed on to Jason Lives. As a writer/director he was also given pretty much carte blanche to pursue his vision of a film that would bring Jason Voorhees back in a fun and exciting way.

Those two things are part of the reason why Jason Lives worked and The Curse of Michael Myers did not. As a writer/director McLoughlin was given more freedom to pursue a singular vision for his film. Farrands, on the other hand, had to contend with both the film’s director and the producers. Plus, it actually helped that McLoughlin was not a fan of the Friday franchise. He was able to look at the series from a distance. He kept what worked and ignored what didn’t, including many of the elements of the maligned fifth Friday the 13th film. Farrands though, as a fan of the Halloween franchise, leaned into all the elements of the previous Michael Myers movies; even the ones people may not have liked. He tried to create a unifying vision and turn his film into the capstone of a trilogy.

After familiarizing himself with the signature elements of the Friday franchise McLoughlin decided to add an element of gothic style horror to Jason Lives. In a director’s commentary track included on Scream Factory’s boxed set of all the Friday the 13th films, he told Joe Lynch and Adam Green that he was hoping to add the feel of Universal Monster movies and the colors of Hammer-style horror. That’s clearly evident in the film’s opening where Tommy Jarvis and his sidekick Hawes (Ron Pallilo) enter a spooky cemetery to try and destroy Jason Voorhees for good. However, they inadvertently end up resurrecting him. Jason’s resurrection comes the same way Boris Karloff’s immortal Frankenstein was brought to life in the now-classic 1931 film. That Frankenstein feel is also visible in the way the hulking Jason moves through the movie and interacts with people who get in his way.

Writing The Curse of Michael Myers

Farrands used the runic thorn symbol briefly seen in Halloween 5 to inject elements of folk horror into The Curse of Michael Myers. Those elements may be hard to see if you’ve only watched the theatrical cut of The Curse of Michael Myers. That’s because the Cult of the Thorn does play a role in the theatrical cut of the film. However, their presence is really felt in The Producer’s Cut. It’s a version of the movie that contains about 45 minutes of alternate footage and a number of plot differences. The Producer’s Cut was the version of the film first shown to test audiences. After the movie tested poorly, reshoots were conducted and a number of elements were changed. But The Producer’s Cut survived and a cult following grew around it. It was finally officially released in 2014.

The idea of the Cult of Thorn and its supernatural enforcer is a fascinating one. It would make for a great folk horror film about a secret cabal that holds power in a seemingly idyllic town. When you combine those elements with Michael Myers, though, the gears of the film begin to grind. You end up removing one of the central elements of Michael Myers’ character: the mystery surrounding him. The main reason both the theatrical and The Producer’s Cuts fail is they explain almost everything about their titular character; his motivations and the source of his seemingly supernatural power.

What Makes These Killers So Scary

Those extra horror elements that McLoughlin, Farrands, Curse of Michael Myers director Joe Chappelle, and the producers added to their respective movies show that the team behind Jason Lives had a fundamental understanding of why their central character worked and the people behind the sixth Halloween film did not. That’s because ultimately Jason Voorhees represents our fear of death. He’ll kill anyone who disturbs his territory. He’ll also go out of his way to cut down people who are engaged in activities that are often seen as life-affirming, such as sex and partying. Also, by having him come back from the dead and becoming immune to mortal wounds Jason becomes an avatar of death. Instead of a robe and a sickle, this version of the reaper has a hockey mask and a machete.

Death is usually a consequence of an encounter with Michael Myers, but he’s not a personification of that. Instead, Michael is the manifestation of humanity’s most primal fear: the unknown. When he’s introduced we’re never given the reason for why he snapped or how he’s able to do what he does. That’s what made him so resonant and so chilling. Michael is our fear that in the shadows on Halloween night someone is waiting to kill us and we’ll never know why.

The Future of Halloween

That sense of mystery is essential to the character. It’s why certain Halloween films and reboots, like the Rob Zombie-helmed series, have not been as resonant. It also makes Michael Myers a very hard character to franchise. The more you know, the more the fear surrounding him dissipates. The only way to really answer questions about him is with revelations that raise more questions. John Carpenter and Debra Hill understood that. That’s why their original intention was to finish Michael’s story with 1981’s Halloween II.

Writer/director David Gordon Green and his writing partner Danny McBride—the team behind Halloween (2018) and Halloween Kills—understand this. It’s part of the reason that the only other cannon film in their cycle of Halloween movies is the original. They stripped away all the baggage surrounding Michael Myers, including his motivations for targeting Laurie Strode (which weren’t revealed until Halloween II). So, their Michael Myers is once again a mysterious and menacing force. He’s our fear of the unknown made flesh. They understand that a sense of mystery is just as important to Michael Myers as his signature William Shatner mask.