'Wekufe: The Origin of Evil' hits On Demand tomorrow! 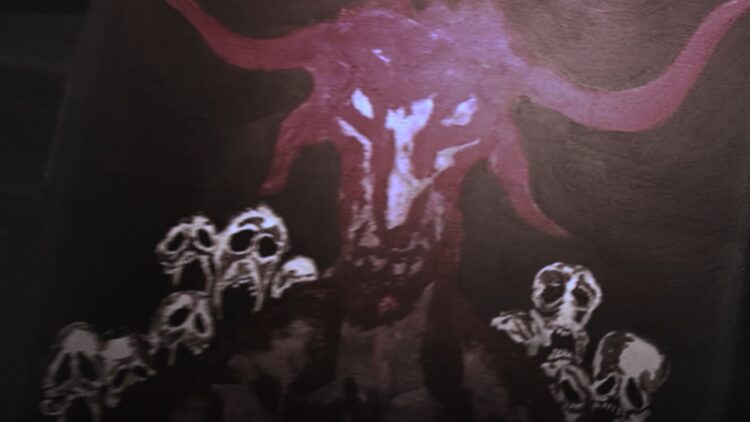 Acclaimed folk-horror mockumentary Wekufe: The Origin of Evil is almost here! The film premieres On Demand tomorrow (October 15) in the US and UK, and internationally via Amazon Prime. We’re thrilled to share this exclusive clip from the film to give you a taste of the horror to come!

Check out this chilling pivotal scene from Wekufe below!

The film follows a journalism student as she travels with her boyfriend to Chiloé – a remote Patagonian island in the south of Chile. There, they want to investigate the connection between a rash of sexually related crimes and the myths and legends surrounding this mysterious place. The couple soon discovers that behind these legends lies an even darker reality. They soon realize it’s better to keep your sanity than to discover the truth.

“From an early age I was drawn to the Chilote mythology universe,” Attridge told Dread Central. “As I grew older, I began to question the real origin of these stories. Most impressive of all is that these events do not take place in the 1600s – when people believed blindly in the stories of witches and evil entities. But rather they are events that occur today. This triggered my need to tell this story. It’s incredible to me that in the 21st century these myths and legends continue to be believed.”

Related: Exclusive: Check Out the Chilling Trailer for Award-Winning Chilean Horror ‘Wekufe: The Origin Of Evil’

I’ve been a fan of Wekufe since it first hit the festival circuit. I was impressed (and thoroughly creeped out) by Attridge’s mystical and metaphorical use of the mockumentary format. You can call it “found footage” if you want, but I think it’s more along the lines of chilling mock-docs Noroi: The Curse, The Poughkeepsie Tapes or Lake Mungo.

CEO Michael Steinberg formed POV Horror in 2017. It has a comprehensive library of rare and classic films made in the first-person POV, found footage or mockumentary format. Parent company PlayNowMedia has launched over 25 more niche genre channels, all of which you can browse here.

“We’ve been working closely with director Javier Attridge since Wekufe was first made available for limited screening back in 2016,” Steinberg announced. “We’re excited to finally share this incredible film with horror and found footage fans this Halloween season.”

Wekufe: The Origin of Evil premieres On Demand on Amazon October 15 in the US and UK. It premieres internationally via Amazon Prime.