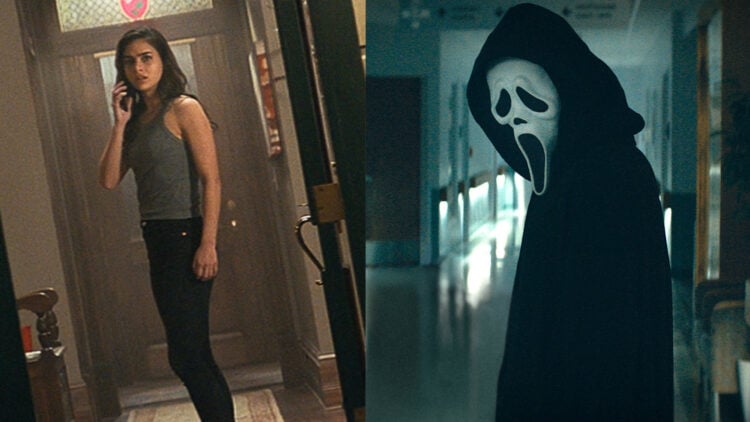 One of the hallmarks of the Scream series is its misdirection of the audience. This is a franchise that knowingly showcases its awareness of established genre tropes and expectations. So, each new film has to stay several steps ahead of jaded fans quick enough to solve its plot.

When making Scream—the fifth installment of the series due in 2022—even the cast was subjected to that misdirection. According to Entertainment Weekly, co-directors Matt Bettinelli-Olpin and Tyler Gillett kept important plot details hidden from their stars in the early stages of production.

“We were really careful to protect the big reveal of the movie,” Gillett told EW. “We went as far as to withhold those moments in the script from the actors. We wanted everybody involved, to the degree that we could, to be a part of the whodunit. Obviously, you get to a point in the shoot  where you have to let the cat out of the bag, but we went pretty far into prep and into production with a surprising amount of secrecy maintained.”

Of course, now that Scream has wrapped and the cast and crew have started talking about it, the only people left to hang in suspense are us fans. Last week, star Melissa Barrera teased followers on Twitter, saying:

Scream‘s first official trailer also dropped yesterday, and it’s safe to assume that what we’re permitted to see in it is far from the whole picture. Bettinelli-Olpin and Gillett confirmed this an interview with Bloody Disgusting today.

“That is a safe assumption,” they told BD. “This was a hard trailer for [marketing] to put together, and I think one of the things we’re happy with is that anything that you might think is a spoiler in this, there’s a good chance you’re wrong. There are misdirects within the movie. There are misdirects within the trailer. For us, that’s just the fun of the whole thing to make this a big whodunnit. Spoilers suck, but the fun as fans is to talk about who might be the killer. Then to go through it forensically to try and find out and see if you can win the game, basically.”

In case you missed it, here’s the official synopsis:

“Twenty-five years after a streak of brutal murders shocked the quiet town of Woodsboro, a new killer has donned the Ghostface mask and begins targeting a group of teenagers to resurrect secrets from the town’s deadly past.”